January of 2010 was the start. It’s hard to believe that it was so long ago, but the end of 2019 also marks the end of my first 10 years of running. I could never have imagined when I started this journey how consuming it would become, and how much of my identity would be shaped by it.

When I first started running it was mostly to get in shape and lose some weight. In 2010 I was really struggling with my health and well being. All my friends saw it, and when my friend Michael finally pushed me over the edge to do something about it I wasn’t sure if I could actually stick to it. I picked up the Couch-2-5K program and hit the treadmill for my very first workout. It’s a simple alternating run/walk system that slowly, over weeks, built up running stamina until you could run 3 miles straight.

I’m not going to lie. That first week was brutal. So much so that I repeated week 1 a second time before moving on. It didn’t help that I still had a lot of weight to lose, as carrying around more than you need is never a good idea. I believe it was somewhere in week 6 or 7 when everything changed.

By this point I had moved to doing my runs mostly outdoors, with more spring like temperatures. I headed out on a run which was supposed to include my longest segments of uninterrupted running I had done yet. I did the warm up intervals and then looked at my watch before starting the continuous running segment. At the time I was still using headphones when I ran and there was music going on in the background. I remember zoning out while listening to a couple songs and before I realized it I had gone way beyond what I was targeting. I got done with the whole workout and was in shock. I had just run longer than I ever had before. That was the moment that sealed the deal. I was a runner. I could do this. 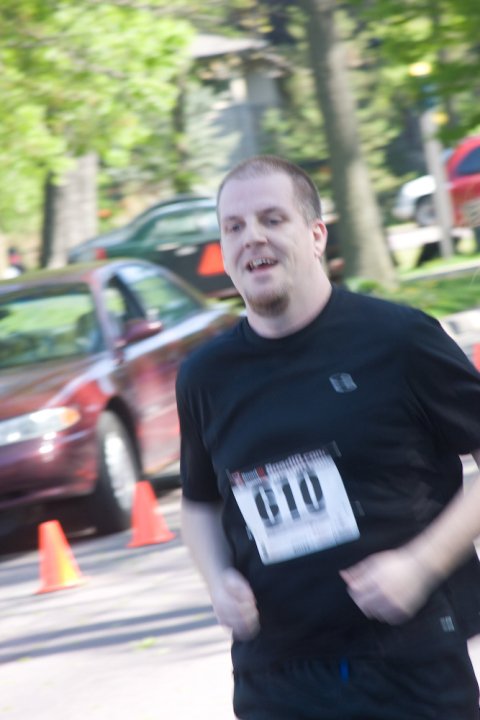 After that point, working up to a 5K distance wasn’t hard. I did my first 5K in May of 2010, and my first half marathon that fall. Running simply became a part of my life. Throughout those early years I did a lot of races in the half marathon range, and attempted one full marathon (that I hated). I got into a groove of doing a few repeat races each year, and was building up my collection of race medals and t-shirts. But running did more for me than just stuff my closets, it also gave me a connection to others via which my life was forever changed.

In 2012 I was still playing the online dating game, and when my (future) wife Lisa and I connected, one of the key things we bonded over was running. We had both come to running later in life and had transformed our lives in a positive way through running, weight loss, and fitness. Even though we ran different paces, we still enjoyed sharing our love of being runners and supporting each other.

A couple of years later we were both still running on roads, but we had started to become aware of trail running. My friend John had started dipping his toes into the trail and ultra world, and Lisa had been following the sport for a while. In the end of 2014 she encouraged me to join her for a small trail run at a farm an hour away. Trail running has an ethos of beer and beards, and so I immediately fit right in.

Once I had completed that race I joined up with a local trail running group at Elm Creek, and January 31st, 2015 started the next big change in my running life. I immediately fell into the sport and signed up for trail races beginning in April. However, I was also learning the ethos of the sport, and how you give back to the community, not just take. My first Zumbro experience involved volunteering the first day at the aid station in the woods before running the 17 mile the next day. 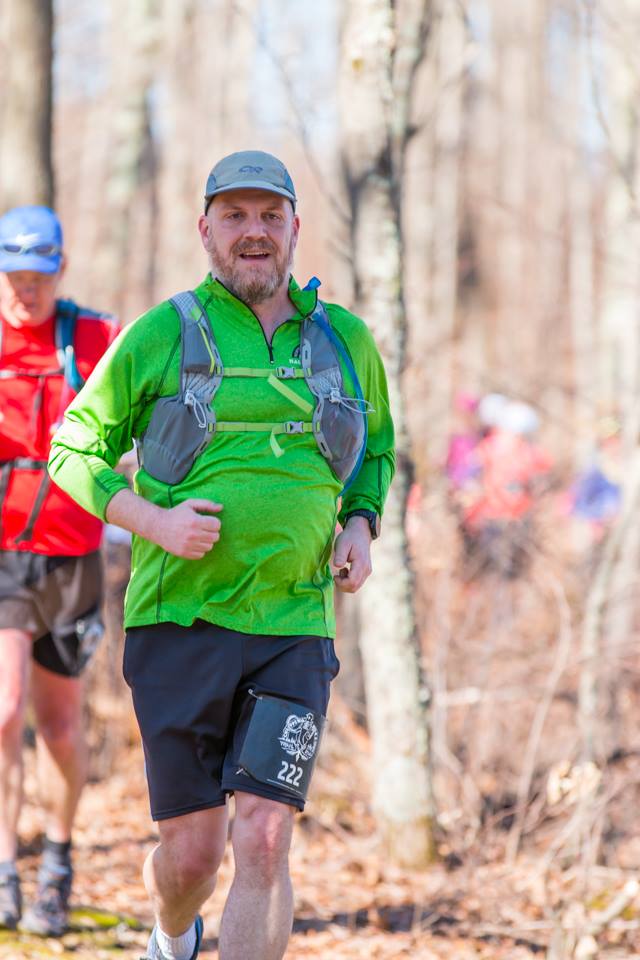 From there, things just progressed bigger and bigger. Since then I’ve run a multiple 50K’s, a 50 miler, a 100K, and a 100 mile trail race. It took me 5 years to work up to 100 miles on trails, but because of that it went amazingly. I’ve also become a part of the community, joining the board of directors for the Upper Midwest Trail Runners association, for which I’m just starting my final 3 year term of service.

My wife and I have also started a small company to put on events, and in a week we’ll have hosted our second edition of the St Croix 40 Winter Ultra. We’re also excited about putting on even more events in the coming years, and spend a lot of time thinking and planning about what we could do next.

Apart from events our running has also given us an opportunity to explore places all over the country. Every time we vacation, running is a part of it. I’ve run along the ocean in Seattle, through the desert in Vegas, and countless trails throughout the Midwest. I’ve had some incredible experiences getting lost in the middle of nowhere.

As I look forward to the next decade of running, I’m asking myself what’s next? I’ve picked up biking as a complementary sport, and I’m finding that trail running has been a great gateway to creating adventures outside. I’m not planning on giving up running, but I think I’ll be seeking a bit more balance in my fitness. I’m also considering adding in some run-commuting, as I’m keenly interested using many different modes to reduce my carbon footprint.

I’ll be starting out my first year of my new decade of running with a bit lighter race schedule. I’m signed up for a lottery for a short 12.5K race (because I want to see the area), and will also be doing a trail marathon, along with my traditional Surf the Murph loop. I’ll plan one other big race for the year, but then try and focus on expanding my versatility. I’ve decided that I don’t want to give up on sled pulling in winter ultras quite yet.

As I look back, it’s crazy to think that it’s only been 10 years since I started this because it feels like this has been my life since I can remember. I’m hugely grateful to the folks who gave me encouragement when I first started out, and along the journey. Never doubt the power of influence, but more importantly, never doubt yourself and your capabilities. I was the poster child for “someone who doesn’t run”. Yet here I am.

Here’s a snapshot of the last 10 years:

I couldn’t be more happy with where I’ve been, where I’m at, or where I’m going.

It’s just one foot in front of the other.