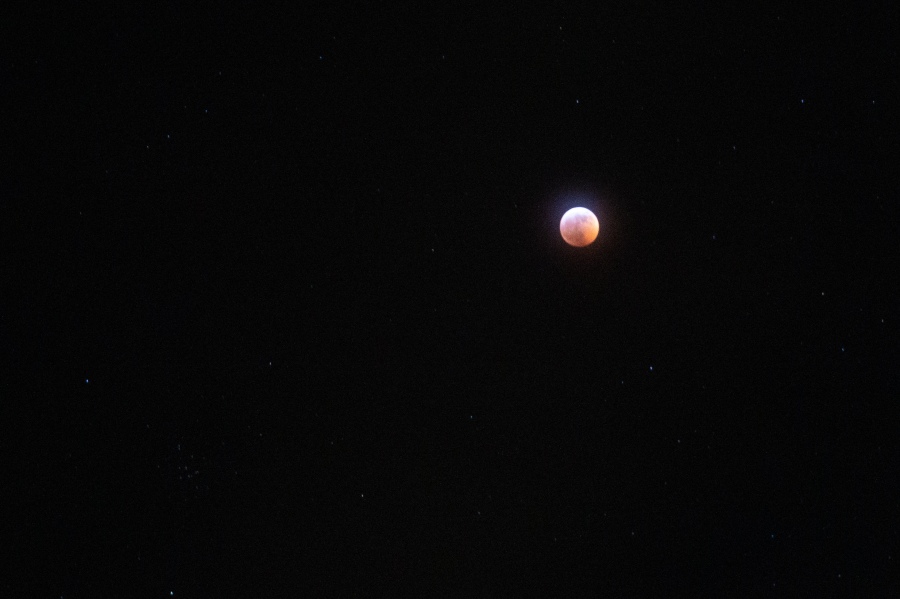 Sunday night we got to experience a lunar eclipse. This will be the only one we will be able to see this year, and so I decided I wanted to adventure out and see it. Because I didn’t have work on Monday I could stay up a bit later and drive a bit out of town to get away from city lights.

I picked up my friend Michael and the two of us headed up, out of the city. Our plan had been to hit a bar and grill in Bethel, MN for a drink and a snack while we waited for the show to begin around 10:40pm. However, the bar and grill I had picked out decided to close at 10pm, despite their website saying differently. Thankfully, this is exurb Minnesota, so there was another bar just down the road that was more than happy to accommodate us with some food and drink.

One of the trickiest parts of photographing the moon is realizing that you cannot let the camera pick your exposure. The moon is incredibly bright, but it takes up only a small portion of the frame. Therefore the camera thinks that it needs to hold the shutter open for a LONG time, when in fact you just need the moon exposed.

I ended up with an exposure time of 1/2 to 1/4 of a second for most of my shots, and I think it turned out pretty well. My only issue is that I don’t have as large of a zoom as I would like, so I ended up with a lot more ISO grain than I wanted, when I cropped the pictures in.

Overall though, it was a fun night, and a really cool phenomena to see.