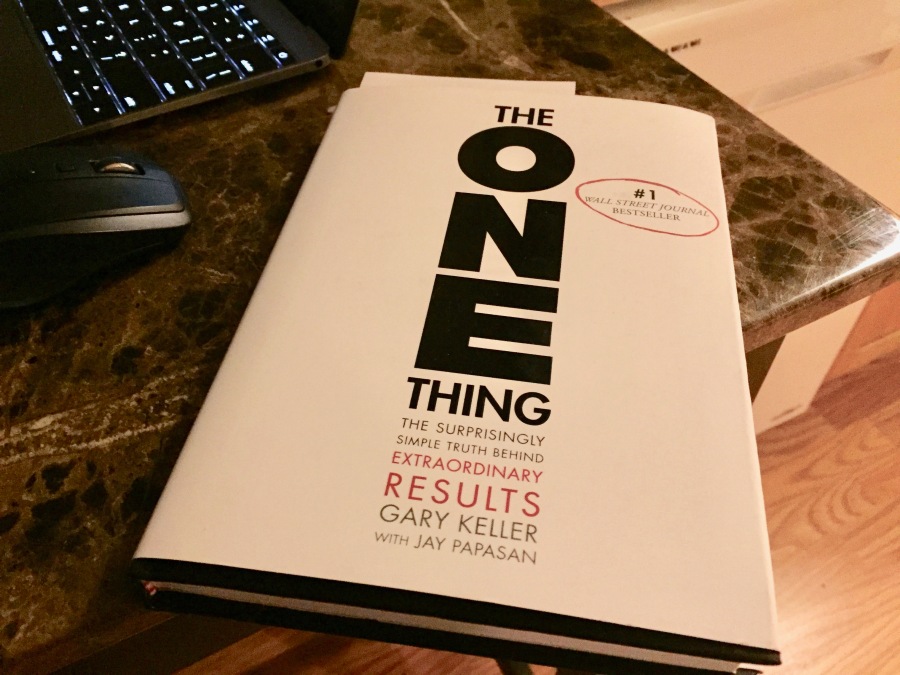 My wife’s employer gave her a book for Christmas, written by the owner of the company, Gary Keller. It’s called The One Thing, and since my wife had already read it, I decided to give it a go. It’s a quick read, and despite only being a few chapters in, I’ve already gotten a good sense of the message.

That message, simply put, is that if we want to be successful, we need to stop trying to do everything in life, and instead focus on one thing. He rails against the mindset that we need to be involved and doing as many different things as possible, and that by doing so, we’re not doing anything well. All of this becomes complicated by amazing technology that allows us to be connected constantly to dozens of different things that can fill our time.

As I said, I’m only a few chapters in, but I feel like the core of the message is already starting to hit me. It cuts to the core of what I’ve been struggling with for a decade now, and that is I don’t know what my “one thing” is anymore. It used to be religion, and for a while it kind of was technology. But now, it’s vague. It all goes back to that struggle with identity that I’ve written about before.

I’ve had some good meetings lately with folks about potential career changes, but I feel like I need to figure out this piece first. In a recent meeting with one individual, he asked me point blank, “What is it that you want to spend your time doing?” That’s the key question that I really need to get figured out. What do I want the day-to-day to look like?

I’ve also been listening to some humanist podcasts that have been meaningful for my wife, and talking with a friend who has gotten into Stoicism. A key component of this thinking is understanding that eternal significance is a pipe dream. Two hundred years from now, no one is going to know or care about me, no matter what I do. There are so few people in history that are remembered beyond their life, that trying to focus on “leaving a legacy” becomes a fool’s errand.

The key is to focus on the here and now. What kind of impact can to have today? What kind of person can you be to those in your life now, not just as a memory after you’re gone? Those are the questions that bring me back to the question of what is my “one thing”.

This is once again a blog post without answers, but I feel that by writing down the questions, and the musings, it helps me process and think. I feel like I’m closer and closer to the cusp of figuring myself out. Being on the edge is exciting and frustrating, and I appreciate my readers being willing to ride along while I continue to explore.

One thought on “The One Thing”