The group of runners that I hang out with here in the northwest metro are a… special bunch. Or maybe I should say they’re “interesting” in that Minnesota “interesting” sort of way. Granted, I’m one of them, so I guess this could also be self-analysis, but what a couple of them came up with for yesterday brought it to a new level.

They decided that it would be wild to run a marathon… around a baseball diamond. That means 384.55 laps around the bases, all in the same direction. Hence, the inaugural Sandlot Marathon was born. I hadn’t planned on running it myself, as I felt like I needed more traditional training at this point in my build up. However, I figured I’d show up for my recovery run and get a few miles under my belt. Jacking up my back on Friday meant that any miles I did at the sandlot would be walking. 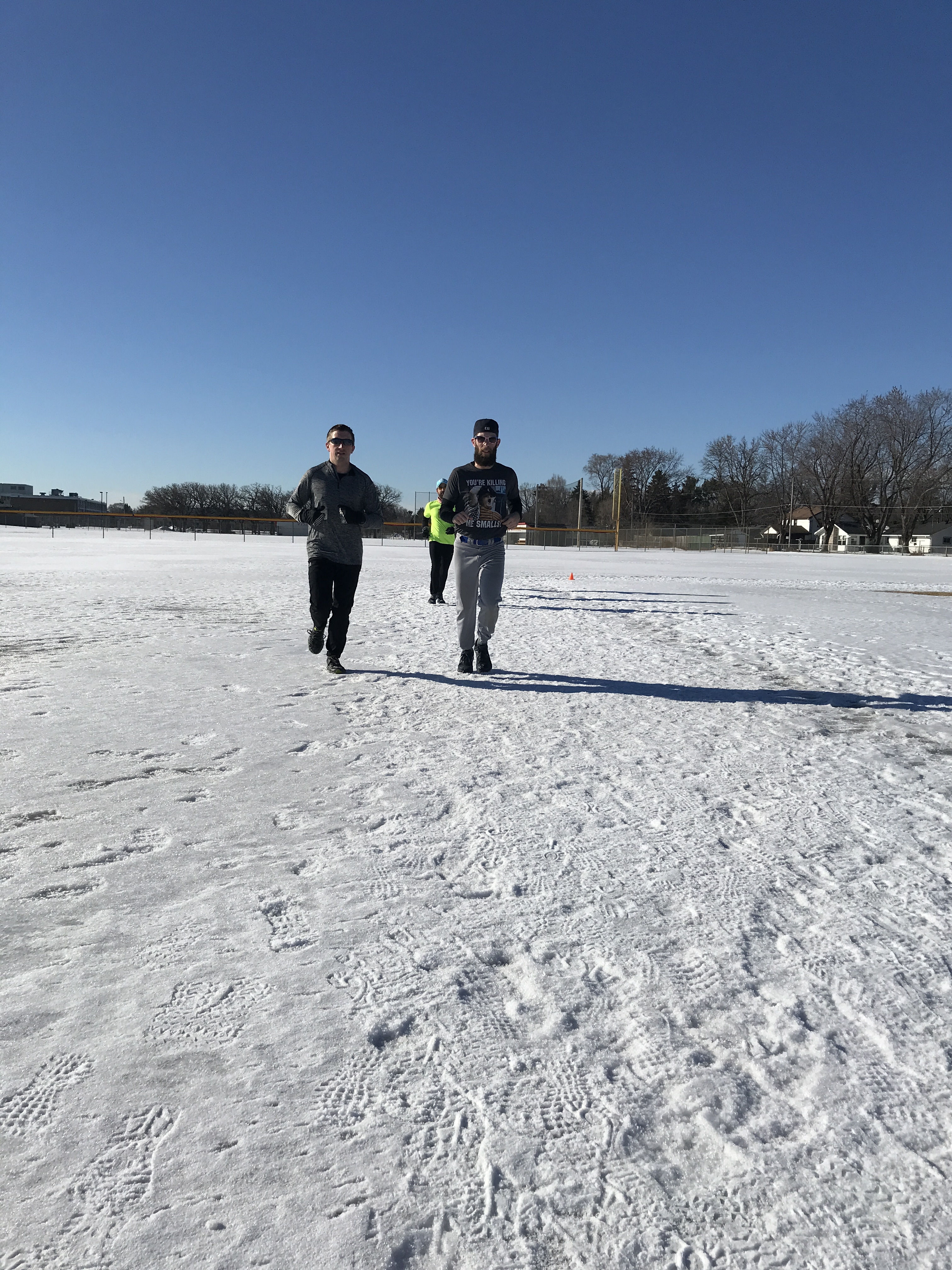 I arrived just as they were launching. My friend Brian did a lap in a T-Rex suit before stripping it off and sprinting to get back into position. For most of the time, the main group of guys stuck together, with an occasional person deciding to sprint for a lap to gain a slight advantage. I grabbed my coffee and started some laps, deciding to try and get in at least two miles of base walking. 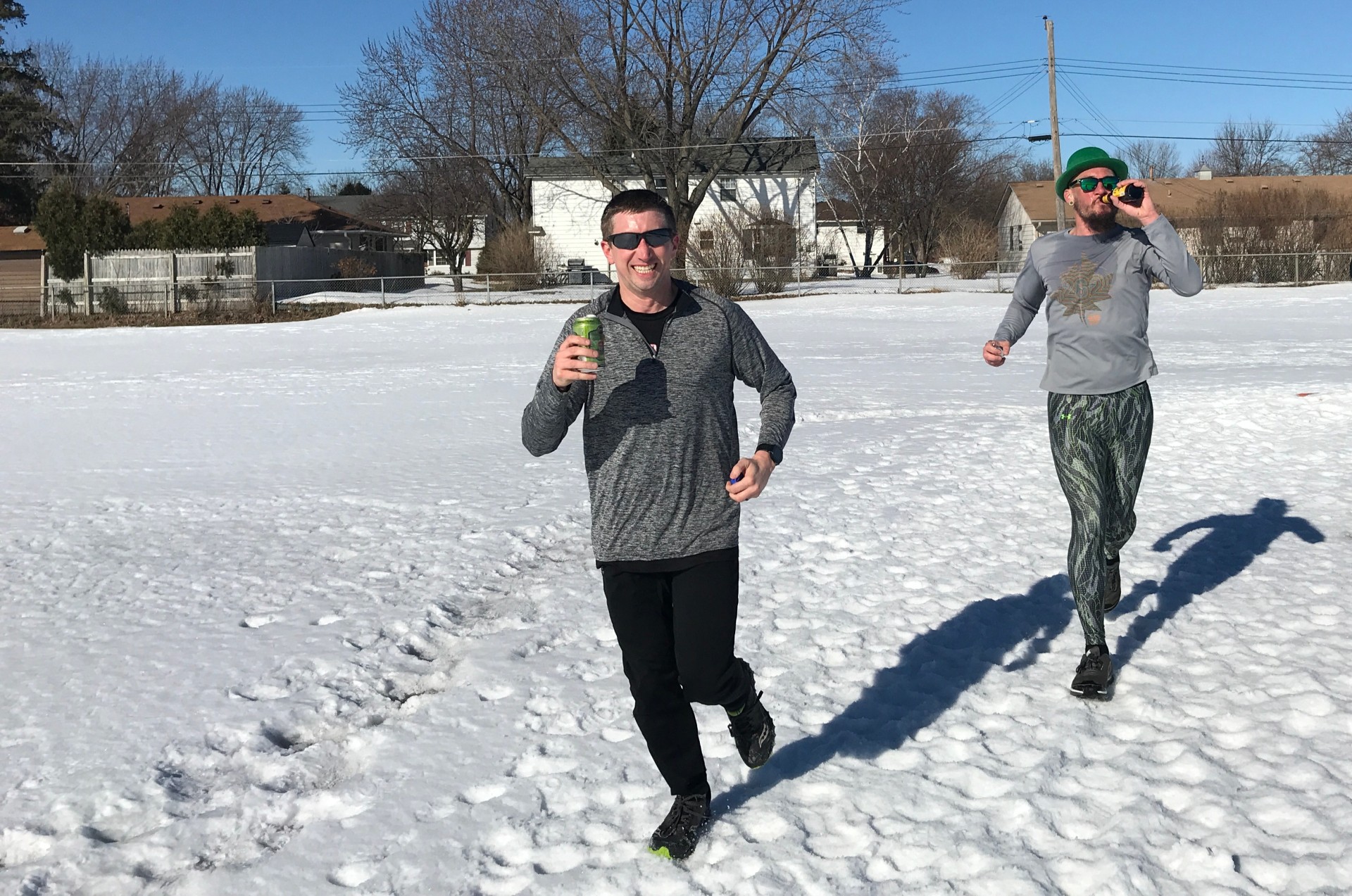 As the day warmed up the snow on the diamond melted and deformed. Shelly, Amy and Julie worked with shovels and rakes to get things smoothed around, and since I was walking, I decided to drag the rake behind me as I lapped around. It was actually a lot of fun, and hopefully it helped keep things a bit smoother for the crazy folks.

After my two miles were done I took a break and hung out for a while. I then got a text from my wife that she was finishing up her 25 mile run and was only 3.5 miles away. At that point I decided to hang out for a bit longer and wait for her. Since I was going to be there for a bit I decided to keep moving and managed to knock out another 2+ miles of tiny baseball diamond loops.

Eventually Lisa arrived and we needed to get going to get to the MN United FC home opener game (another amazing part of this weekend!). I bid farewell to everyone and walked back to our car. Throughout the day I kept tabs on progress, and sure enough all of the guys who started the race managed to finish a full marathon around a small baseball diamond. This is an amazing, and crazy feat, and I’m proud to call these guys friends. A little bit of crazy sometimes makes life fun and enjoyable, and these guys brought it in spades yesterday. Congrats Tim, Mark, Andy, Brian and Matt!