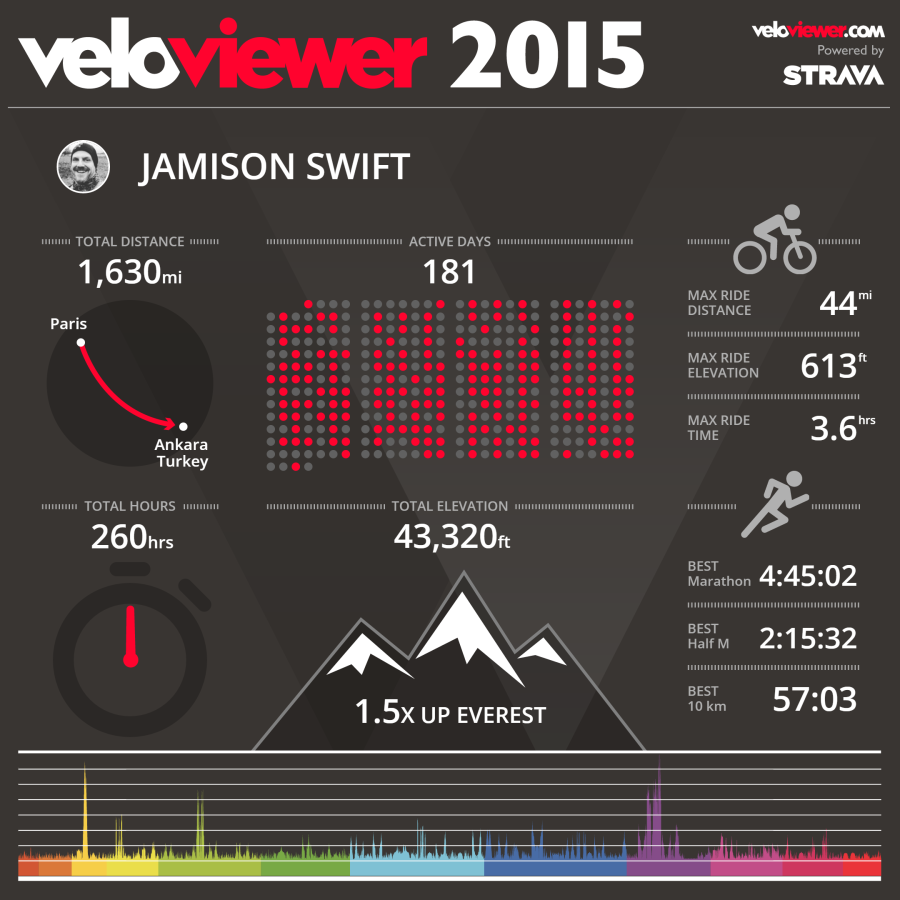 2015 was a huge year for me when it came to running. After having a pretty good year last year, achieving my second full marathon, I set my sights even higher for the new year. Very early in the year I decided that I wanted to start to transition from road racing to trails. I had a variety of reasons for doing this, which many regular readers of this blog will have read about over the past year.

With this in mind I decided to put a lot of trail races on my calendar. However, I wasn’t quite done with road racing, as I decided to do my third marathon this year, at Grandma’s Marathon. My goal for this year was to beat my 5 hour wall. Additionally, I wanted to complete a race every month of the year, which I’m happy to report that I managed to complete.

My race year began slowly with the Securian 5K in January, followed by the Valentine’s Day 5K in February. By March I was upping the distance and completed the Hot Dash 10 mile race, a new race put on by Twin Cities in Motion, the organizers of the Twin Cities Marathon. 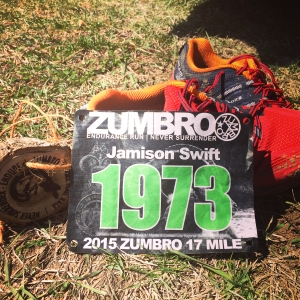 April is when my biggest challenges began. To kick off my year of running trails I signed up for the Zumbro 17 mile trail race. I volunteered the day before to help out the 100 mile racers, and got to meet a ton of great people. On Saturday I got my first lesson in trail running, and Zumbro was only too happy to dish out some punishment. Although my time wasn’t amazing, I was hooked and couldn’t wait to get back on a trail again for another run. 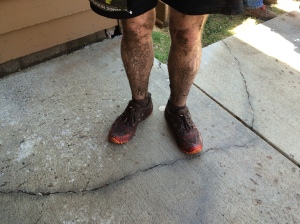 I finished off April with the Get in Gear 10K, a traditional race for me. Then I dumped into May with my next big trail challenge, the Superior Spring 25K. The previous fall my wife and I had hiked the route of the race, so I knew what I was in for, but what I didn’t expect was the incredible amount of mud. Despite the slogfest that the race became I had an amazing time, and finished 15 minutes ahead of my goal time. I got to hang out at the finish line for hours afterwards, and once again solidified my belief that trail folk are some of the best folk around.

With my big spring race out of the way I committed to running as many of the Endless Summer Trail Runs as I could. I ran the Lebanon 10K in May, the French 5K in June, the Lebanon 7 mile in July and the Hyland 7 mile in August. I missed out on the final race at Murphy Hanrehan, but I’ll make sure to get that one next year. 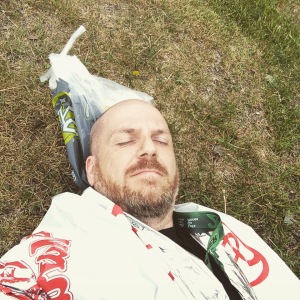 June was a busy race month with the Lola 10 mile, the Break the Stigma trail run, and my marathon revenge… Grandma’s Marathon. I focused on a solid game plan going into the race and beat my 5 hour goal by almost 15 minutes. It was a tremendously encouraging accomplishment, and even if I never do another road marathon again, I’m happy with what I got done.

July found my wife and I doing our traditional Red, White and Boom Half-Marathon Relay. This has become somewhat of a tradition for us, and we decided to make it again again in 2015. The course was different this year, which made every turn a surprise. Sometimes those surprises were good, and other times, not so good. But we got it done and enjoyed getting in a early morning summer run. 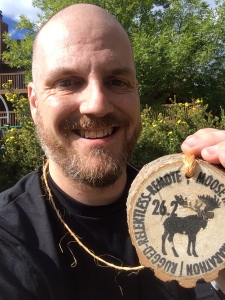 The only race in August was my Endless Summer Trail Run race. Most of the rest of the month was preparing for another amazing challenge, the Moose Mountain Marathon. This race is part of the Fall Superior Trail races, and would expose me to parts of the Superior Hiking Trail I had never been on before. It was one of the hardest things I had ever done, and took me seven and a half hours, but I knew that it was all time well spent, preparing me for what would come later in the fall.

The rest of September was filled with smaller races like the Minnesota One Mile, the Run@Work 5K and the William O’Brien 10 Mile trail race. We finished out the month participating in the Goosebumps 24 hour run, where I managed more miles than I had planned, and had an awesome time doing so. Plus, there were mountains of bacon. 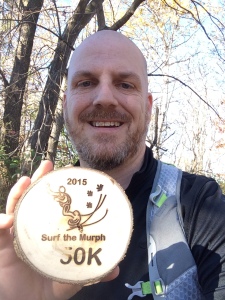 October found us taking on the Twin Cities Looney Challenge as part of the Twin Cities Marathon Weekend. We ran the Twin Cities 5K and 10K, back to back on Saturday. Then got up on Sunday morning and ran the Twin Cities 10 mile race, otherwise known as the ‘shortcut to the Capitol’. The rest of October was spent prepping for my biggest challenge yet, and my first ultra marathon, Surf the Murph 50K. The entire experience was amazing, and despite complete exhaustion and lots of pain, I loved meeting the challenge. Between Moose Mountain and Surf, I learned that I’m quite capable of being on my feet for long periods of time, and that I can accomplish these amazing distances that I never thought I could before.

November and December wrapped up with the Turkey Trot 6K on Thanksgiving, and a fun Reindeer Run 5K in mid-December. I also took some time to give my body some rest because I knew that in 2016 I was going to be challenging myself again, this time with the Zumbro 50 mile trail race.

As I look back on my running year, I’m amazed at the statistics of what I’ve accomplished. This year was the highest mileage year ever for me, with a short 2 mile run this morning, to land at 1,111 miles for the year. This is higher than I’ve ever done by over 200 miles. 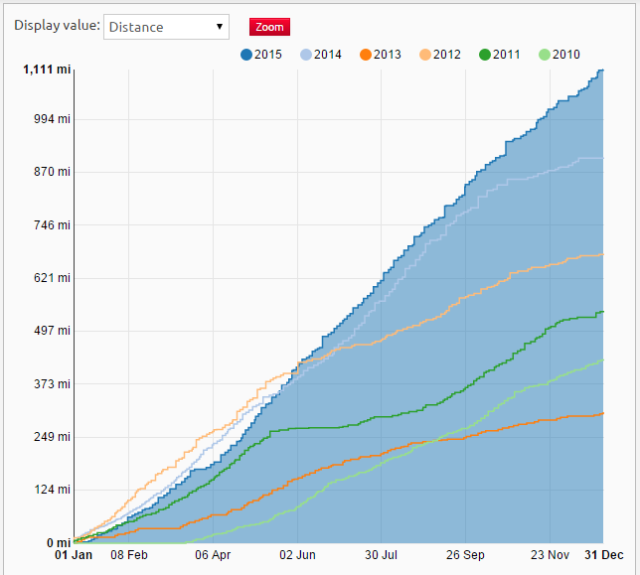 Even more striking is the amount of elevation change I’ve endured over the year. I climbed almost 20,000 more feet this year than last year with over 33,000 feet total. 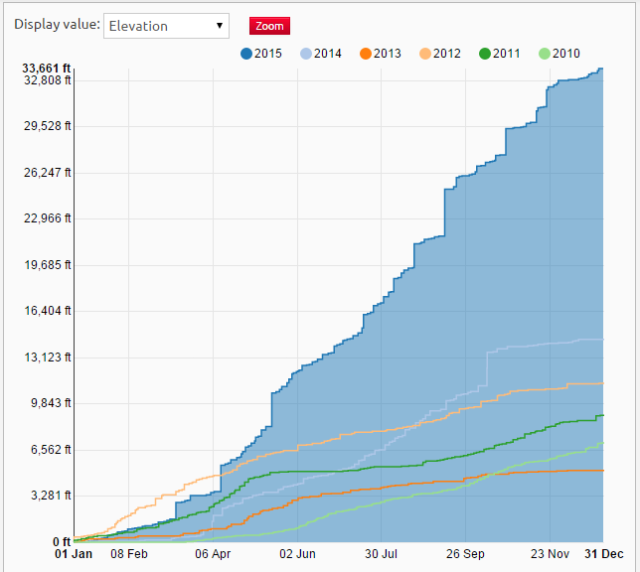 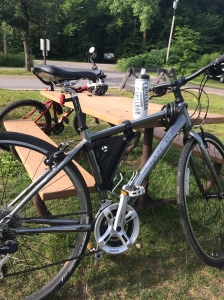 In addition to all of my running, I also committed to more biking this year, and benefited a lot from the additional cross training. I logged over 500 miles for the year, and enjoyed moving my legs somewhat differently than when running.

When all is said and done, 2015 was an amazing year for me and running. I challenged myself with things that I have never thought I could do before, and I’ve given myself confidence to try even more things in the future. I still need to work on my weight loss, getting back down to where I want to be, but I understand things take time. I’m thankful for everyone who’s supported me, and run with me in 2015. I’m excited to make many more memories in 2016, and continuing this crazy adventure that I started only 6 years ago.