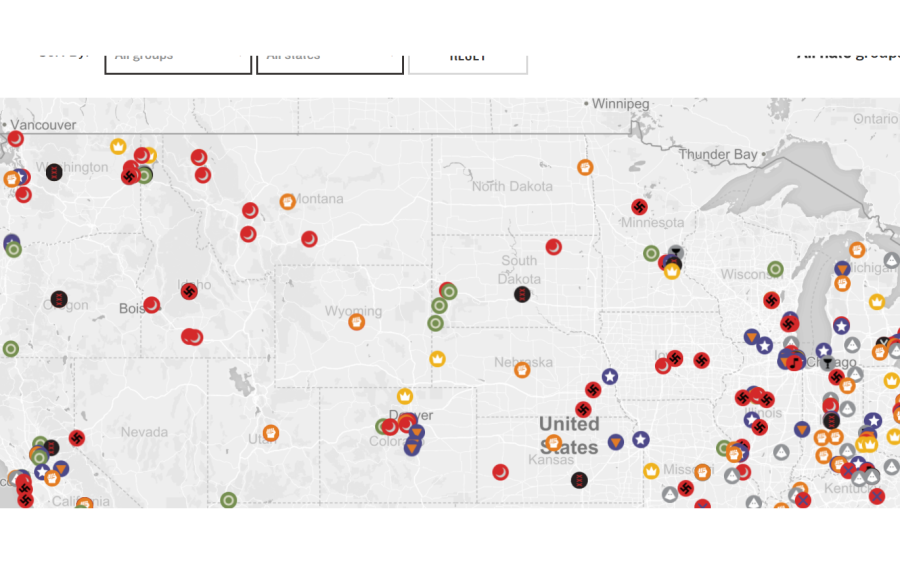 One of the blogs that I follow, linked to the new Southern Poverty Law Center Hate Map. This map shows the distribution of various hate groups across the country. Even in my home state of Minnesota we suffer with groups like this, spreading their message of hate towards other human beings.

It’s sad to see so many groups listed on this map, but I have hope in the fact that it’s not as widespread as it could be. There are a handful of groups in Minnesota, but they are not in every city, nor are there multiple ones of each category of hate group. It’s the little things like this that give a bit more hope that we can survive this current crisis in our nation.

Hope is about all we have right now. When hate groups start shouting their rhetoric it’s easy to want to return hate with more hate. Yet, the easier we slip into the “eye for an eye” mindset, the quicker we devolve into chaos. Violence and retaliation is never the answer, no matter how it makes us feel. The only answer to these hate groups is justice.

Justice is not about revenge or violent retribution, it is about holding people accountable for their actions and intentions. We may never be able to change the minds of hard-core neo-nazis and fascists, but that does not mean we tolerate them. They need to face justice for the harm they do to society. This justice is not vigilantism, or reckless destruction. It is the metered out punishment for crimes against the very nature of humanity.

This is why it is important for people to support groups like Southern Poverty Law Center, and their efforts to help shed light on these hate groups, and defend the people that these groups wish to kill and destroy. They’ve been a key ally in the fight for civil rights for decades, and they are needed now more than ever. If you donate to causes, I’d highly recommend tossing a few bucks their way to help their efforts at peace and justice.