On Sunday I decided to take my 10 mile run back to a neighborhood I lived in for a couple of years after my divorce. One of the treasures of the Twin Cities is the Mississippi River, which in many areas serves as the border between Minneapolis and Saint Paul. On both sides of the river there is a scenic road with bike/running paths for people to use. I’ve run these paths dozens and dozens of times, and in fact much of my early running was on what I call the river road loop (up the Saint Paul side for a while, across a bridge, then down the Minneapolis side and back across another bridge). I even remembered some of the mileage between the various sections.

One of the coolest things about this area is that many people run and walk along these paths. During the summer, on a weekend morning, it can sometimes feel like you’re in a small 5K run with how many other people are out and about. There’s a ton of energy when you run these paths, and it makes you feel a part of something bigger.

It was also a beautiful day for a run, so I snapped a few pictures. Being a large river, there’s tons of birds around as well. I managed to spot one bald eagle (they’re all over the place down there), and got a horrible grainy picture of a woodpecker. Was a fun morning, and I need to take the time to go down there more often. 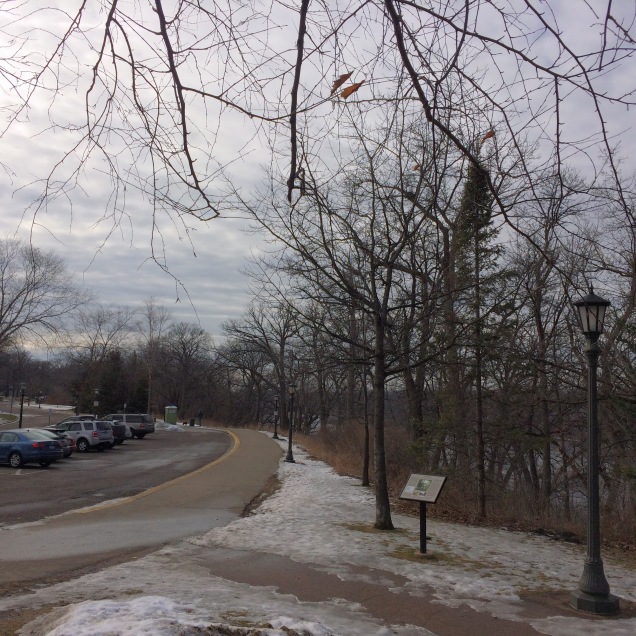