The Twin Cities brewery and taproom market has exploded over the past 7 years, and one of the most common questions that people ask is if we’re approaching saturation. As a case in point, on multiple occasions my Beer & Bikes group that I ride with will hit multiple breweries in an evening. If we discover that the brewery we’re at for the evening is doing an event (or Trivia that we’re not interested in participating in) we’ll just have one, and then bike a couple blocks away, and sure enough there’s another brewery.

Despite a few areas being a bit more saturated than others, I still don’t think we’ve hit actual saturation yet though. That’s because until every city/neighborhood has a brewery  to call it’s own, there’s still room for growth. For many people, the brewery taproom is a place to gather and be with other people. Similar to how a coffee shop serves as a gathering spot, the brewery taproom can be a central community spot for an area. Similar to how the traditional pub in the UK seems to function.

Needless to say, I was overjoyed to hear that my area would be getting a taproom, just 3 miles by bike from my house. I was also excited to hear that they would be specializing in more English style beers, which are some of my favorites. I love beer with solid malt backbone, and ESB’s and Irish Red’s are two of my all time go-to styles. 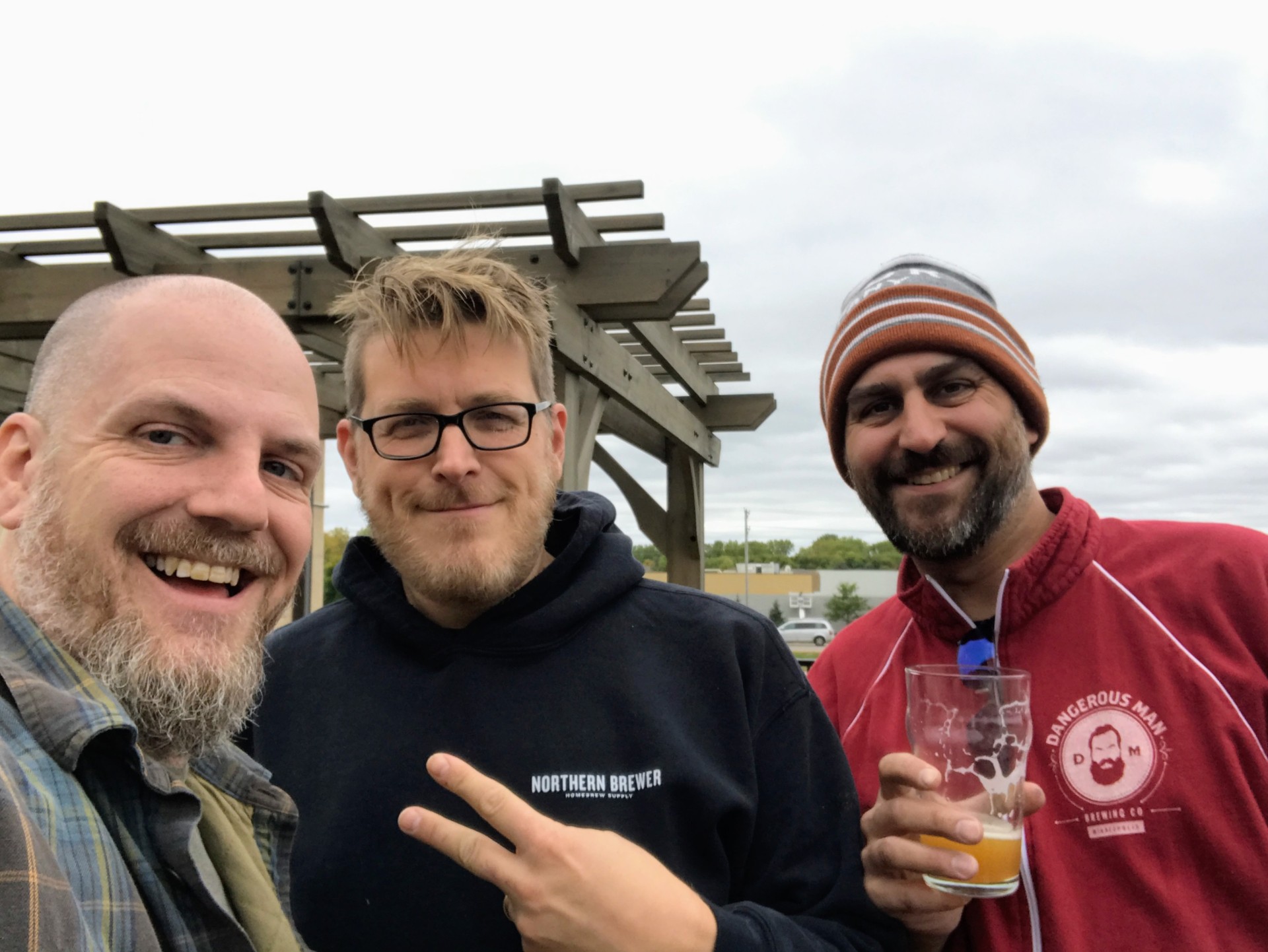 Torg opened up in 2018, and since then we’ve found ourselves visiting on a regular basis. It’s close enough that we’ll sometimes swing by for a pint on our way back from running errands, or have a spur-of-the-moment gathering with my biking friends. It’s close and comfortable, which makes it a great neighborhood taproom. They have a great patio on the upper level, and despite the noise from the very busy Highway 47 nearby, it’s not objectionable to sit there for long periods of time.

On the topic of beer, I’ve been very happy with the choices they offer. Just like many new breweries, they had a few struggles when they first started, with some text books “new brewer” mistakes, but everything seems to have now settled down into good quality beer. The Woman of the House oatmeal stout is a solid choice for days like yesterday when the wind was howling and snow blowing everywhere. It’s light and flavorful, but feels comforting on a cold day.

The Kilted Yoga Irish Red ale knocked it out of the park for me. It had just a subtle hint of peat, and a solid malt backbone that I love in my Irish reds. Squirrel Nutkin and Bridged’s Bathwater are two other great English style beers with a smooth character, mellow earthly hop profile, and nice low ABV for easy drinking. 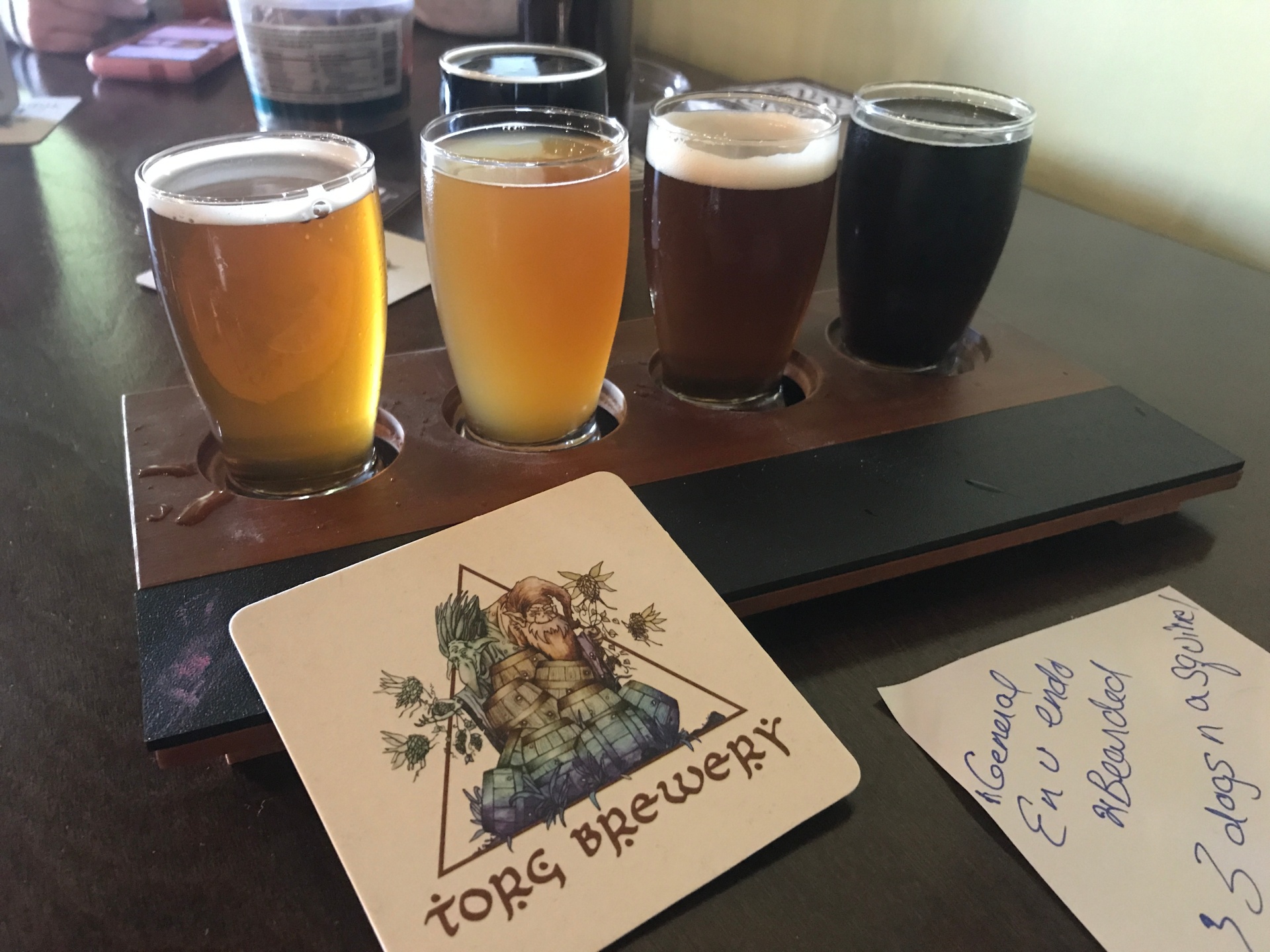 There are of course a few issues that I have with some of their beers, in particular the ones that are claimed to be on nitro. They’re not as smooth and creamy as nitro usually should be, and feel like there’s a bit too much CO2 still adding carbonation in them. It’s gotten better over time, but I still feel like this is one area of improvement. I’m also not a huge fan of some of the hops that have been chosen for some of their new beers. I’m sensitive to certain hop families like Simcoe and Falconer’s Flight, which both taste like a cat litter box smell to me. This is my issue, but I feel like a couple of their newer beers are giving me this type of flavor, and I’d love it if their next new one didn’t have this same issue.

A couple of niggles aside, I am overall impressed by Torg Brewing. I think they’re putting together a solid lineup of good tasting beer. Along with the fact that they’re right in my neighborhood means that they’re quickly becoming one of a few go-to places when I’m thirsty for a nice taproom.