The second stop on my Milwaukee brewery tour took us to MobCraft and Urban Harvest. I had just spent hours in the tattoo chair, so I was ready for something better than mediocre.

We arrived at MobCraft first, and found the place hopping. There were tons of people there, and it was a bit loud, but the space was welcoming and open. There were a foosball table off to one side, which had an excited set of people going crazy, as well as one of those sword fighting setups that beep when you strike the other person. Because it was so crowded we took a seat at the bar and I looked over the huge menu.

MobCraft has a lot of beers that are suggested by members of their community, and so they change things up quite a lot. They have a whole system of voting for which beers to make, and then that beer is available for a limited time. I ordered up a flight of things that sounded interesting, and then started sampling.

For the second time in two days I was blown away by the amazing quality that a small brewery can put out. Every beer I tried was beautifully balanced and flavorful. Three of my four beers were darker beers, and the complexity of roasts were on full display. I was doling out 4 starts for almost every beer. I also tried one of their sour beers and found it to be really good; not too tart, but not too sweet.

I enjoyed their beer so much I ordered up a four pack of cans to bring home. I was confident enough in what I had tasted that 3 our of 4 of the cans I brought home were not beers I had tried. I’ve gotten through a couple of them since I’ve returned and I’m just amazed at how good their beer is. This is another one to put on your list of places to hit for really good beer in the MKE area. 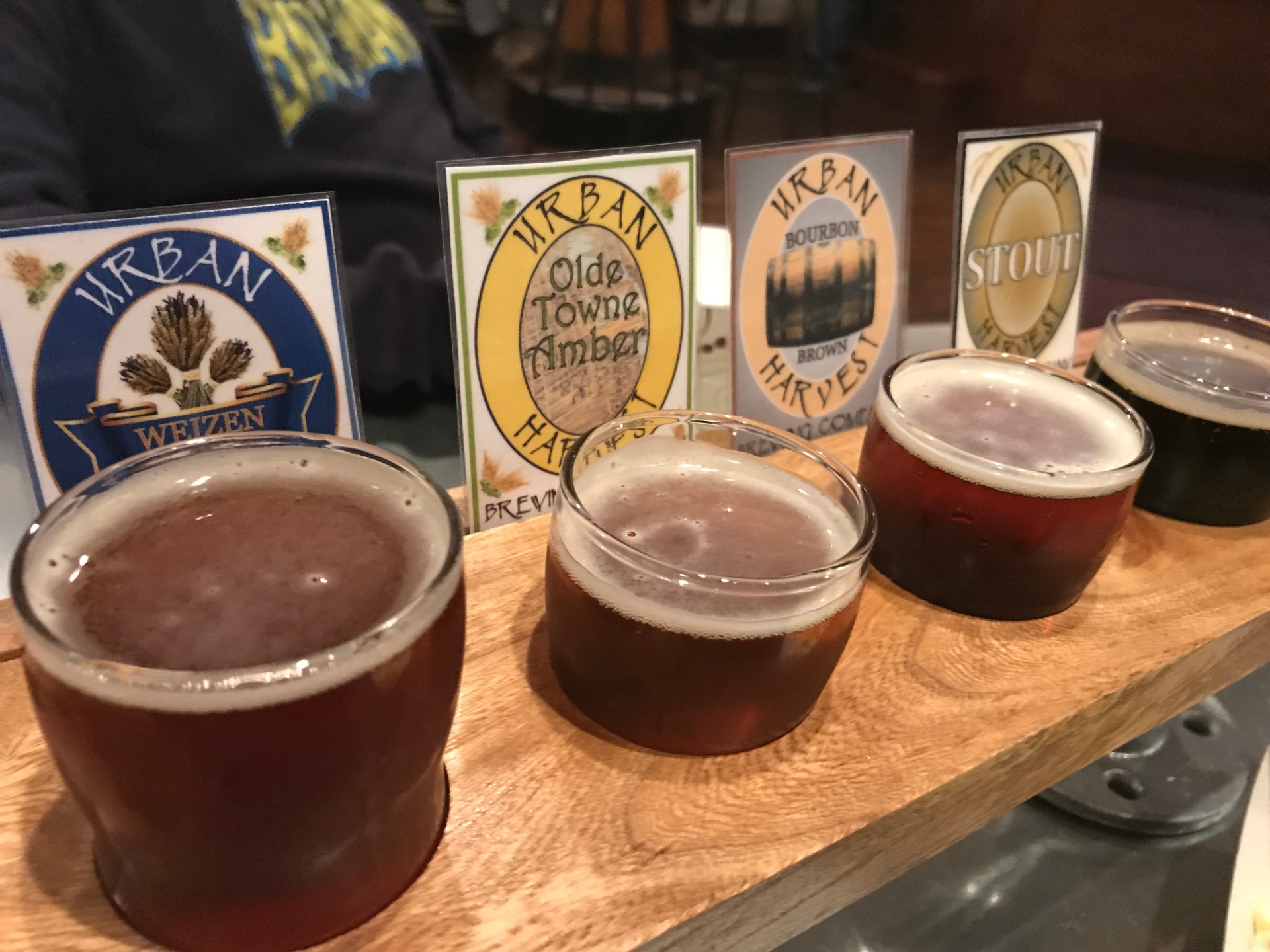 Our second stop was a quick visit to Urban Harvest. They’re located in a very old building in an old downtown area in the Walker’s Point area. The vibe in the building reminded me of old Stillwater, MN. I selected a couple of beers to sample and took a seat. Many of their beers were very strong, and so I actually only took a couple of small sips. However, everything was nicely done, though not quite to the level of blowing me away. It was solid, competent beer, in a great environment.

It appears that they also have a small theater attached that does music and comedy shows. At one point the taproom got very crowded as the show let out, and everyone streamed back in. Overall, another good find for a place to check out if you’re in the area.

I’m pleased to report that Milwaukee has some good beer going on, and I was happy to get to experience it. There’s still a lot more places I’d like to hit if I’m in town there again. As with Minnesota, the craft beer scene is growing, and there’s a lot of opportunity for really great flavors wherever you go.