As always, when I’m traveling I like to engage in some beer tourism. Last week when I was in International Falls for the start of the Arrowhead 135 I took advantage of the fact that I wasn’t running the next morning, and hit the local brewery. Technically, Loony’s Brews is in Ranier, which is a small town just a couple miles to the east of IFalls. We headed out after we checked in to our hotel, to see what the local beer flavor was like.

Loony’s is located in an old building right on the lake front. Even in the dark, we were able to make out the outline of the Canadian shore across the channel. In fact, they get a lot of boat-up business in the summer time with Canadian’s coming across from Fort Frances to sample some American brews. When we arrived, the channel was mostly frozen, and there were only a few of us from the race hanging out in the place.

I ordered up a couple of flights and dug in. Overall, the beer was passable, with a couple standout items. In particular, the Black Swan Stout was quite tasty, and I could see drinking a couple of these on a harsh cold evening. Much of the other beer was OK, but it felt like they could use a bit more practice with recipe development and process control. I felt like the biggest issue was that the balance between malts and hops could use some tweaking. Sometimes the hop profile would be good, but would need more backbone on the malt side to carry it, or vice versa. 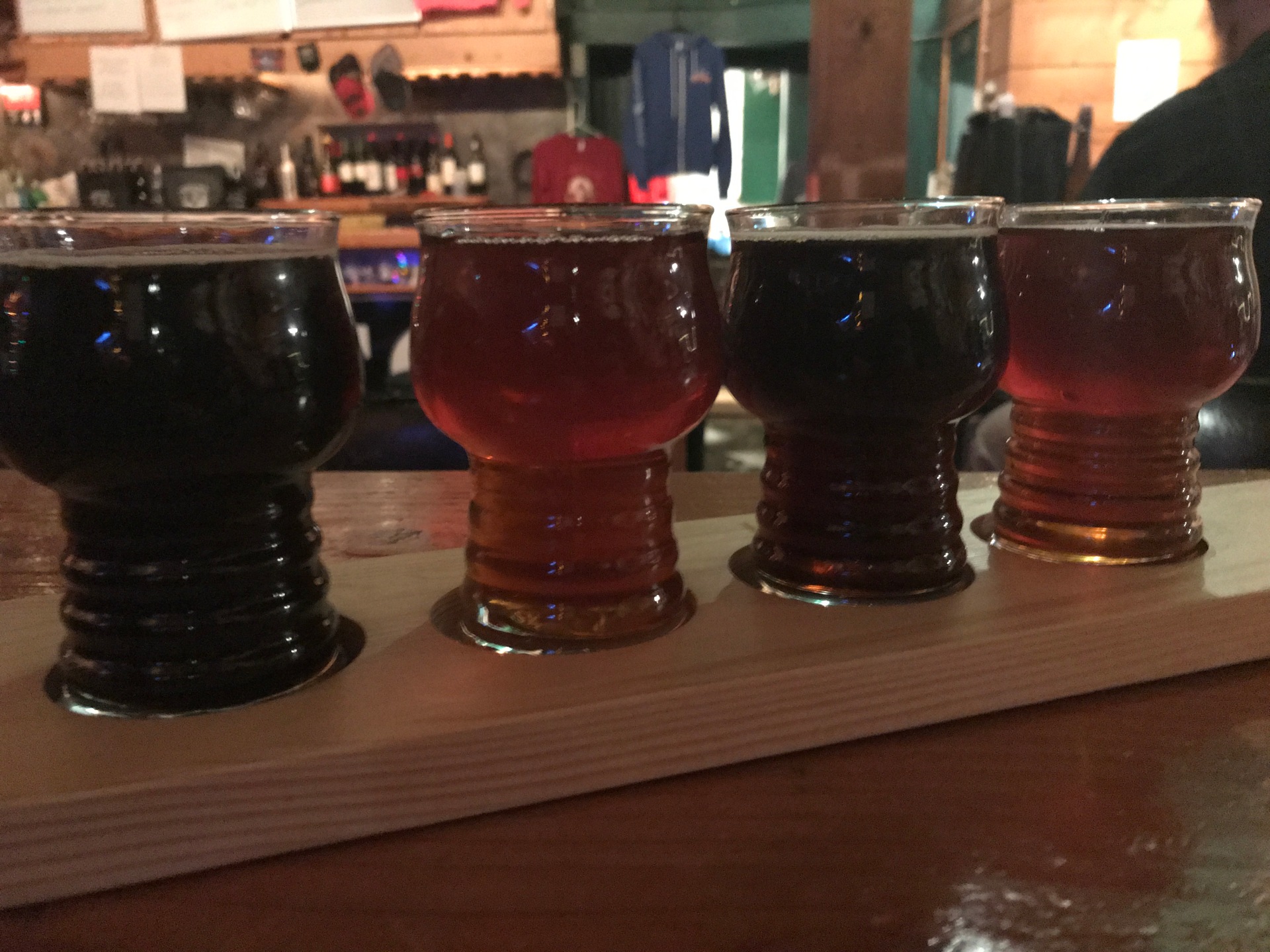 That isn’t to say that I didn’t enjoy the beer at Loony’s. I simply feel that it has room to grow and improve. They’ve only been open and brewing for less than a year, so it’s understandable that they’re still getting their legs under them. Considering the other options available at the bars around town, and I’ll take an adequate craft beer any day.

One of the difficulties with small town breweries is that they are often the only brewery around for many, many miles. When you don’t have others to compete against, and collaborate with, it takes longer to develop, and build up flavors. I have no doubt that Loony’s will continue to grow, and if I’m back there next year I look forward to seeing what’s new that they have to offer.