This weekend the wife and I camped at Blue Mounds State Park in southwestern Minnesota. This is a small park near the border with South Dakota, just 30 miles from Sioux Falls. We decided to come to this neck of the woods because we so rarely get out to the prairie potion of Minnesota. Even with Minnesota being home to three different biomes, we end up heading to the north woods more often than the plains. Blue Mounds is also known for its bison herd that roams the central portion of the park. Saturday morning we got up early to go for a run/hike around the park, and I was hopeful that we’d get to see some of these beasts.

Unfortunately, the bison decided to stay far away from the fence line, and so the best I could do is observe them from about a mile away across the plains. Otherwise, the hike was very beautiful. We don’t live near features like this, and so getting to see them up close was very cool. The expansive grassland, with views that go for miles, is so foreign to the heavily tree’d side of the state. At one point we were at a place called Eagle Rock. From that vantage point you could see south all the way to Iowa, and west all the way to South Dakota. It’s not a mountainous or hilly region, so when you get a 300 foot hill you end up being able to see forever. I took a few shots with my phone, and then on Sunday morning I headed out with the Sony for a few more shots (which I’ve enclosed below).

This was also the first real trip with our new camper, which I promised a review on, and I will give it very soon. This trip ended up being quite full, as in addition to Blue Mounds we also hit 2 other state parks, and a national monument. Needless to say, the blog will have a bunch more entries of the next few days about the places we hit. 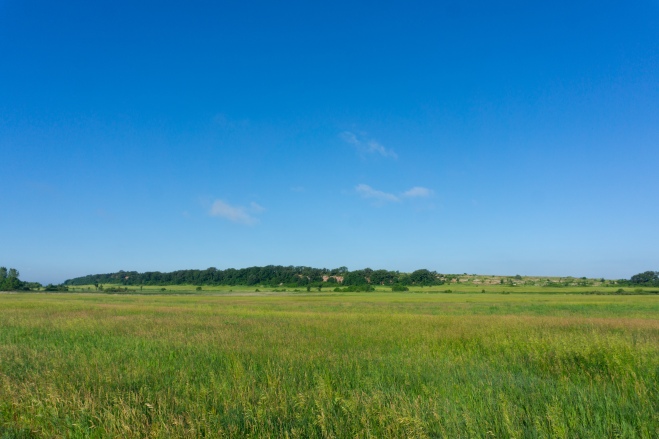 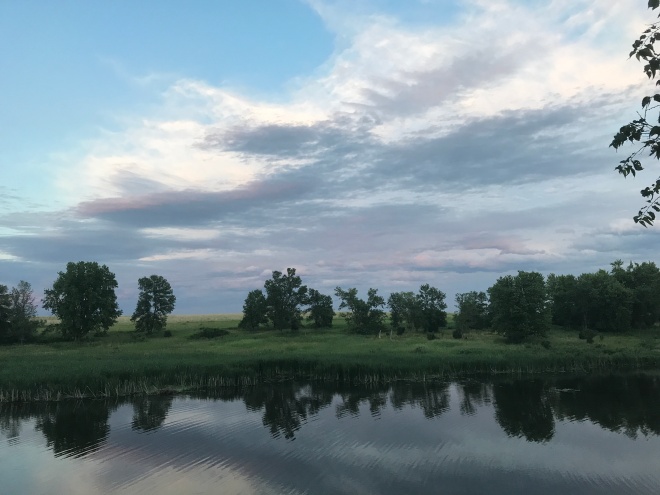