My step son just graduated with a CNC Machinist diploma and today we had his open house. For this I encouraged him to bring out his projects he had worked on and was amazed at how cool some of them were. The chessboard was his big final project, and despite him pointing out some flaws, I think it turned out great.

It’s really cool to see people making things. I’ve spent my whole life in liberal arts, and the art of physically making something isn’t something I do very often. All of these pieces started out as just hunks of metal that my step-son shaped and cut into amazing items. We don’t give the trades enough credit, but without them, we wouldn’t have any cool things in the world. 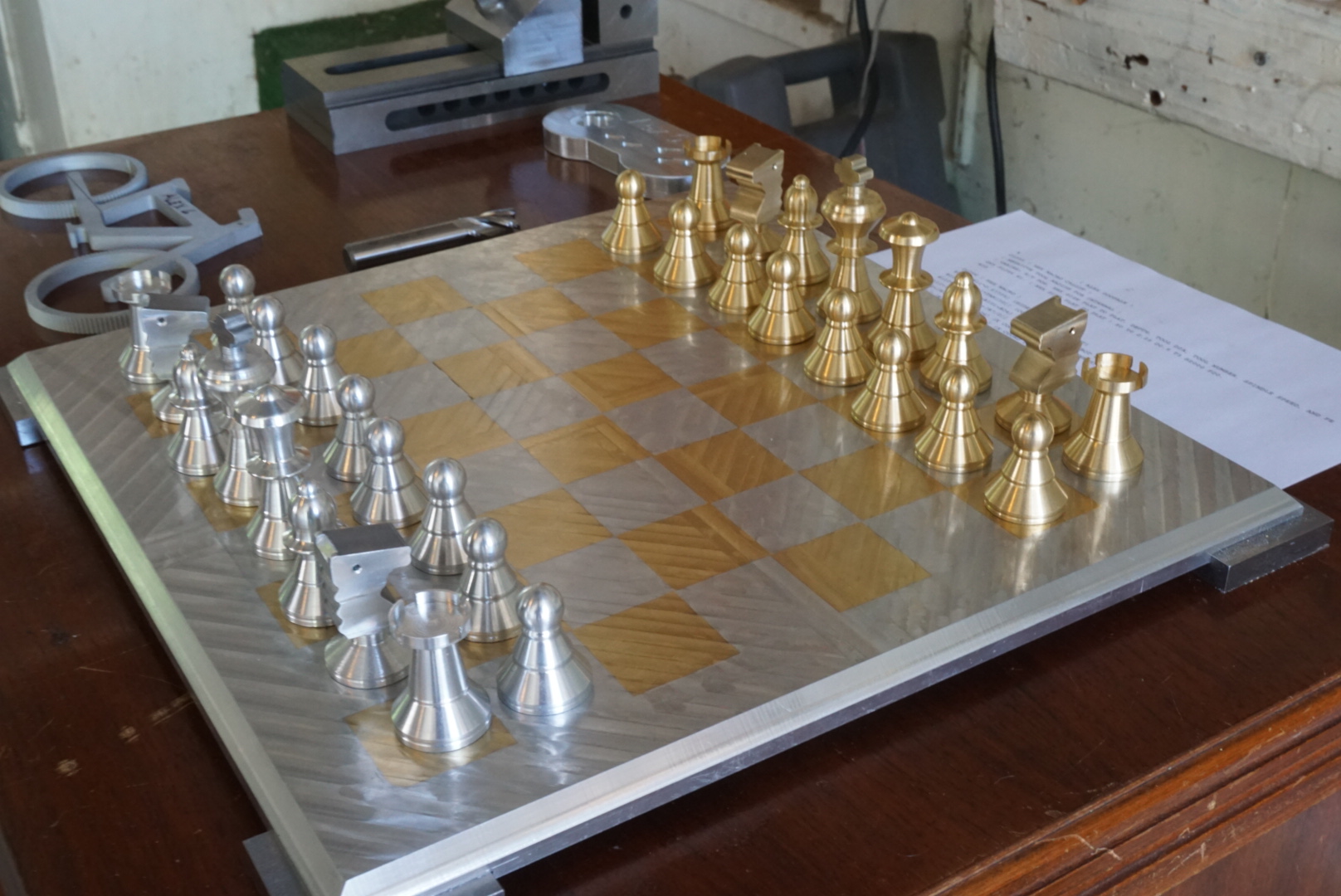