In yesterday’s blog I shared my experiences at Zumbro 2017 as a volunteer. However, there was still a race to run, and as Saturday dawned I was both excited and nervous about hitting this course for what would be my 5th race loop. My training over this winter has been utter garbage. My highest mileage week in 2017 was 24 miles, and in I’ve only had two runs that reached double digits since early-December. Most of my 2017 has involved fighting off illness, and my fitness has taken a turn for the worse because of it. Plus, tack on an extra 10 lbs. that just won’t seem to shake itself off, and my goals for Zumbro were very muted.

However, the morning of the race, I was feeling quite good. Granted I had been very active, standing around and walking for most of the previous days, but when I lined up at the start, everything was feeling pretty good. John Storkamp gave his usual round race introductions, and before I knew it we were off. I moved to the back of the pack, since I knew how crowded it could be getting up the first hill. I jogged for a bit, and then fell into a nice hike to the top of phone booth. Once I crested the ridge I started running, and felt great all the way down into AS1. There, I quickly grabbed a couple items and headed back across the bridge. 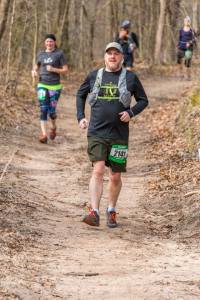 The journey from AS1 to AS2 takes you over a couple big hills with valleys in between, before subjecting you to a huge, sharp climb to the picnic pavilion with a beautiful view from 1000 ft in the air. From there I dropped down to AS2, stopping only long enough to fill my water bottle, before hitting one of my least favorite sections of the course. The portion between AS2 and AS3 contains a lot of deer trail and sand. Because of the really warm weather we’ve been having the sand was exceptionally soft, with no frozen ground below it. This meant that the journey to AS3 was a slow slog that actually required me emptying my shoes before continuing on.

When I arrived at AS3 I was feeling hungry and hot. I decided to grab whatever food I could before hiking up to the top of Ant Hill to replenish myself. I drank a bunch of water and piled food in my hands as I left. I started eating my way up the next huge climb, hoping that when I reached the top, the energy would kick in again and I could get in some running. However, with every step I felt my body getting more and more exhausted. When I finally reached the very runnable section along the top of Ant Hill I was drained and depleted, and I could tell that my lack of training had caught up with me. 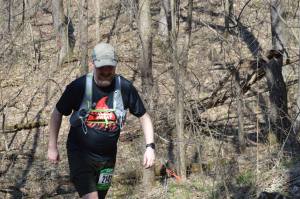 I slogged my way across the ridge line, and down to the dreaded gravel road. The gravel was hard and unforgiving, causing my feet to protest almost as bad as during a road marathon. I walked my way into AS4 feeling bummed and annoyed that I had fallen apart so badly. I tried a few gentle runs between AS4 and the finish, but nothing really clicked. I managed to jog the entire distance from the trail exit gate to the finish chute, but had nothing left in the tank. I finished in just over 5 hours, sweaty, hot, and sunburned, wishing I could have done something different to have made the day go better.

Despite my under-training woes, I couldn’t have asked for a better race day. The weather was beautiful (albeit a bit hotter than I was used to which didn’t help), and the trail was drier than I had ever seen it before. This meant that the usual mud-fest was replaced with really fast times from runners coming close to breaking the course record. From a weather standpoint it was one of the most beautiful Zumbro races that people could remember. 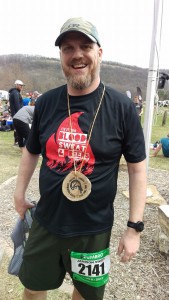 Once I finished the race I grabbed a little bit of food, and then decided to head back to my camper to clean up and wait for my wife to finish. For as bad a day as I was having, she was having a really great one, and before I could get changed she went blasting past the campsite, throwing down a 5:30 time in her first ever Zumbro. I quickly hobbled back to the finish line to congratulate her and tell her how proud I was of her. She was beaten and bruised, but she did an amazing job.

The rest of the day involved slowly breaking down out campsite, while watching our amazing friends finish their 100 mile races. My friend Troy got his first 100 mile finish after 10 different attempts, and Wendi managed her first 100 with an amazing smile on her face. There were so many incredible runners, achieving amazing things, that I couldn’t feel bad about my own race for long.

Watching 10 year old Ava cross the line in her first every big trail race was beautiful, and shows just how powerful this community is. No one REALLY cares that much what your time was. They were all happy and proud to see you come across that line and achieve something amazing and life-changing. So what, I didn’t make my sub-4 hour goal, but I still got it done when it counted, and gutted it out against one of the toughest courses in the midwest.

What really mattered this weekend was community, and Zumbro is the place where the local trail community comes out of hibernation for a two day party in the woods like no other. There’s no cell reception or internet access, so you have to actually talk with people face-to-face and ‘share’ and ‘like’ each other physically. It’s a place where you learn quickly what it means to be a part of a big trail running family; treating everyone with respect, no matter your political, religious, or philosophical differences. We’re all there for the same reason, to spend time doing something we love, in a place that we love, with the people we love.

Thank you once again Zumbro for an amazing year, and reminding us what it really means to be community. 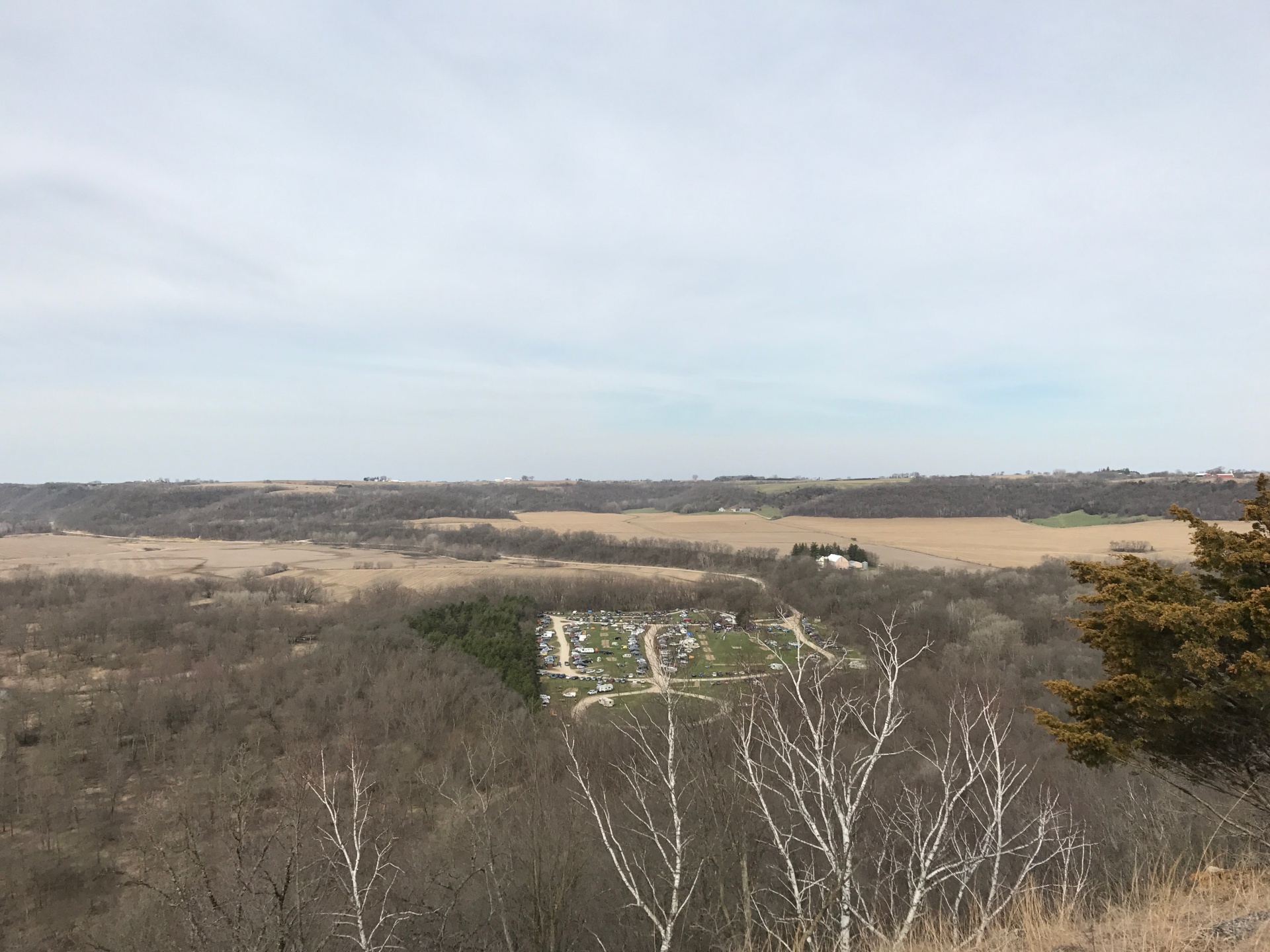 Properly cold January run this morning. #trailrunning #icebeard
Finally spending a normal weekend at home and getting in a solid run at Elm Creek with the gang. Good to be in maintenance mode right now before training kicks in later in February.
Race report is live on the blog (link in bio)! This one's a bit long, but it was a long adventure!
So much to say about Tuscobia but right now I’m tired and am nursing an inflamed shin/ankle and drinking beer (with Mexican food). So thankful and amazed at how well everything went despite conditions. So many people gave me encouragement leading up to the race and during the race and I’m forever grateful. More to come soon!
Next up is the 2022 Biking year in review blog post (link in bio)! This was a great year to be on two wheels, and I've got a bunch of bike adventures for next year already in the works. #biking #gravelbiking
New blog today (link in bio)! My 2022 running year in review is up! Was a bit of a lumpy year, but had some great miles. Looking forward to 2023!
Loading Comments...
%d bloggers like this: