After we visited Pulpit Rock we spent a leisurely night in the hotel, recovering from a long day of running and frivolity. Sunday morning meant one more run for both of us before a day off on Monday. Our hotel was right next to the Trout Run Trail, which is a paved bike path that goes along the Upper Iowa River. I only needed 5.25 miles so it was OK that I was still a bit stiff and sore from the day before. We came across some construction on the trail, but it looked open enough, and soon I was running along the flood plain on a crisp Iowa morning. 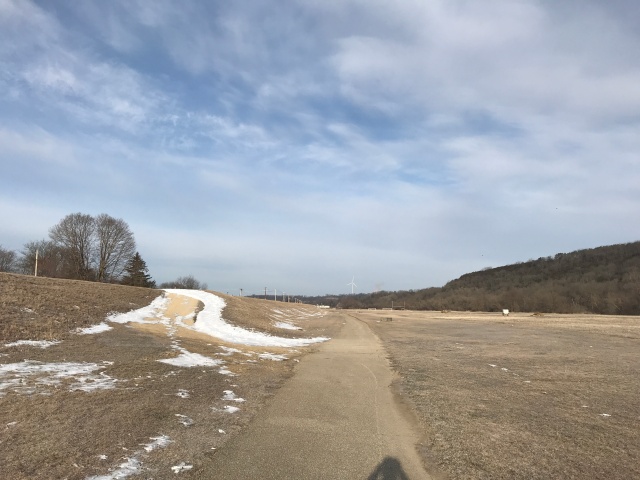 After our run it was time for the return trip. Our plan was to stop for lunch in Rochester at a brewery that I had never been to, but had heard amazing things about, called Forager Brewing. As it turns out, they are a brewpub, and serve food. I saw pizza in their photos, so we assumed that was the type of place it was. When we arrived we realized that it was a lot more. 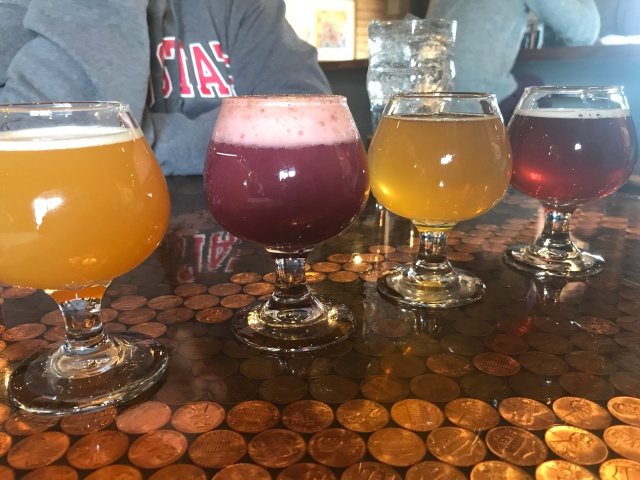 Forager is known for it’s sour beers. I got a bunch of little samples and sure enough, I was pleased by a solid resume of pucker beers. One of them, called Todd Plump, was one of the most amazing sours I’ve ever had. It was opaque and purple (plum), and had this rich head on it that made you think about adding ice cream to it. It was sweet, slightly tart, and incredibly smooth. It’s a limited edition beer, so I doubt I’ll ever get to have it again, but I’m happy I got to have it at least once.

However Forager also has amazing food. It turns out that pizza is just one little part of their menu. They also have incredible, made-from-scratch, food that comes sourced from local farms. I ordered up a breakfast skillet and it was filled with perfectly cooked potatoes, a little hint of bacon, and topped with two of the most perfectly poached eggs I’ve ever seen. Needless to say, we were both blown away by the food. I’ve decided that we’re kidnapping a couple of our friends and making them come here with us sometime.

With our bellies filled with amazing food we proceeded to our final stop of the trip, LTS Brewing. I’ve been to LTS before and really enjoyed it. I brought my half-growler with me and just had to decide what to get. I tried a couple tasters, and everything was really high quality. One of them was a bit unique, their Go Big Rouge which is a Flander’s Red Ale style beer. This style of beer is slightly sour, yet more malty than a Gose. The yeast strain is very unique, and they are often blended with younger versions as they are aged. It was a very interesting beer, but I decided to just go with their Karma Kolsh for my growler. I figured that with such a cold Spring that we’ve been having, I better get a Summer-ish beer called Karma to try and tip the scales back to warm weather.

Soon enough we were back home. We accomplished our task of getting through the entire 5 hour podcast, and we loved listening to it. We also got to have a quick, spur of the moment get-away that created memories. We got to try new food, run in a new place, and sample lots of great craft beer. A very successful weekend if you ask me.