I participate in a local Beer and Bikes group, where we bike down to a brewery once a week and then bike back, as a way to have a nice night out and get some exercise. We started our season at the beginning of April, and so far we’ve only had one week that hasn’t been raining or incredibly cold. I’ve made the mistake of not packing dry clothes to change into for the ride back, and have had some rather chilly and uncomfortable return trips home.

Since I’m not a big fan of backpacks while biking I decided to finally invest in a bike rack and some panniers. I had a friend in high school and college who biked with those every day for years, so I knew how useful they could be. The decision about the rack was easy, most bike racks are pretty similar. It took me a bit to decide on the bag. I decided to forgo the trunk style bag, as it didn’t seem like something that could hold my work bag if I used this for commuting. That left me with a choice between one large bag or two smaller ones. In the end I opted for the two smaller ones so that if needed, I could balance the load out better. 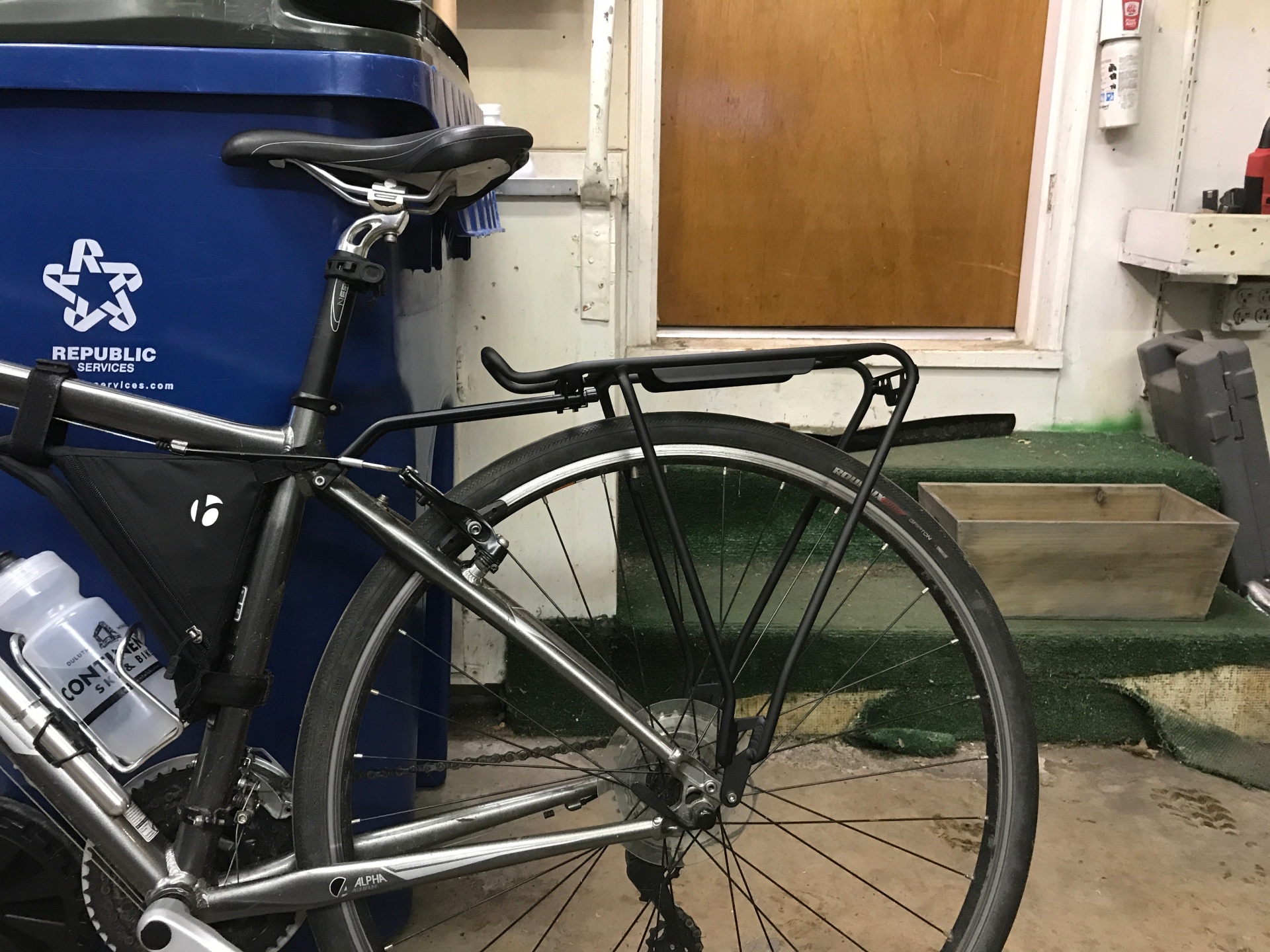 The other night I assembled it all together. The rack went on nice and easy with an allen wrench, however when I unpacked the bag I realized that I needed to add a hook to the back screw post. So, I had to unscrew those rear two screws and attach the hook, and then put it back together. Not a huge setback but it took it from a 10 minute job to 15.

Once I got the rack on, I attached the panniers and got them adjusted so that they fit nice and snug. All in all, it took about 25 minutes to get the job done. I’ve got another Beer & Bikes ride soon, and I can’t wait to try them out!

3 thoughts on “Some bags for the bike”

I got a chance to head out and shoot photos of the participants roughly 3-4 miles into the race. Missed the lead bikers, but should have almost everyone else in here. #arrowheadultra135 #winterultra #racephotography
Properly cold January run this morning. #trailrunning #icebeard
Finally spending a normal weekend at home and getting in a solid run at Elm Creek with the gang. Good to be in maintenance mode right now before training kicks in later in February.
Race report is live on the blog (link in bio)! This one's a bit long, but it was a long adventure!
So much to say about Tuscobia but right now I’m tired and am nursing an inflamed shin/ankle and drinking beer (with Mexican food). So thankful and amazed at how well everything went despite conditions. So many people gave me encouragement leading up to the race and during the race and I’m forever grateful. More to come soon!
Next up is the 2022 Biking year in review blog post (link in bio)! This was a great year to be on two wheels, and I've got a bunch of bike adventures for next year already in the works. #biking #gravelbiking
Loading Comments...
%d bloggers like this: