Sunday, I decided to try some bread again, however this time my wife suggested trying something different. Something either sweet or savory that we could make again and bring to a holiday gathering. We talked about it a bit and I decided to do a cinnamon bread. Most of the recipes I found were really for what I would call more akin to a coffee cake, as they had no yeast or rise in them at all. I found one from the Pioneer Woman though that was exactly what I was looking for.

The bread aspect of the recipe was a little different than I’m used to, as it had eggs involved. I need to research a bit more on when it’s appropriate to put in eggs and when not to. I followed the recipe though, including using my stand mixer to do the kneading. This recipe called for 10 minutes of kneading in a mixer, and I knew I didn’t want to do all of that by hand. Once the 10 minutes was done it was still a bit too sticky, so I added a touch more flour and kneaded it another 2-3 minutes until it looked like the dough I was used to.

I set it aside to rise and two hours later it was ready to add the cinnamon sugar mixture. I plopped it on the counter, rolled it out flat and spread a healthy dose of butter, sugar, and cinnamon around it. I then carefully rolled it up and set it in my loaf pan to rise for another couple hours. When I came back to it, I realized that perhaps I need a bigger loaf pan, as what I discovered was a massive heap of dough that was overflowing the sides. 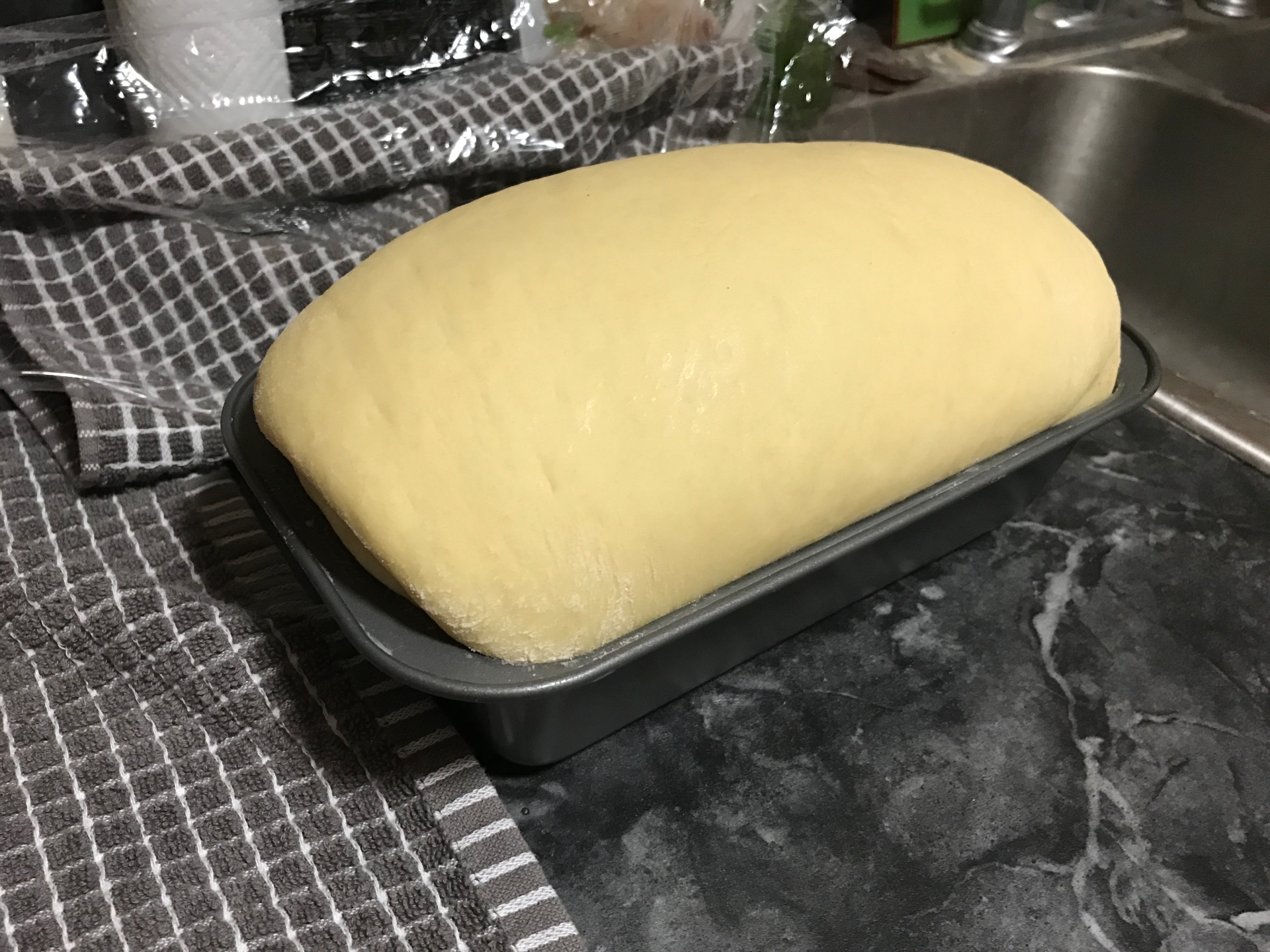 I carefully placed it in the oven and waited the requisite 40 minutes. The kitchen was soon filled with the smell of fresh baked bread and cinnamon. It was amazing, and we could hardly wait for it to cook.

Once I took it out of the oven it had risen even a bit further, and was now a beautifully colored, albeit overflowing, loaf of bread. 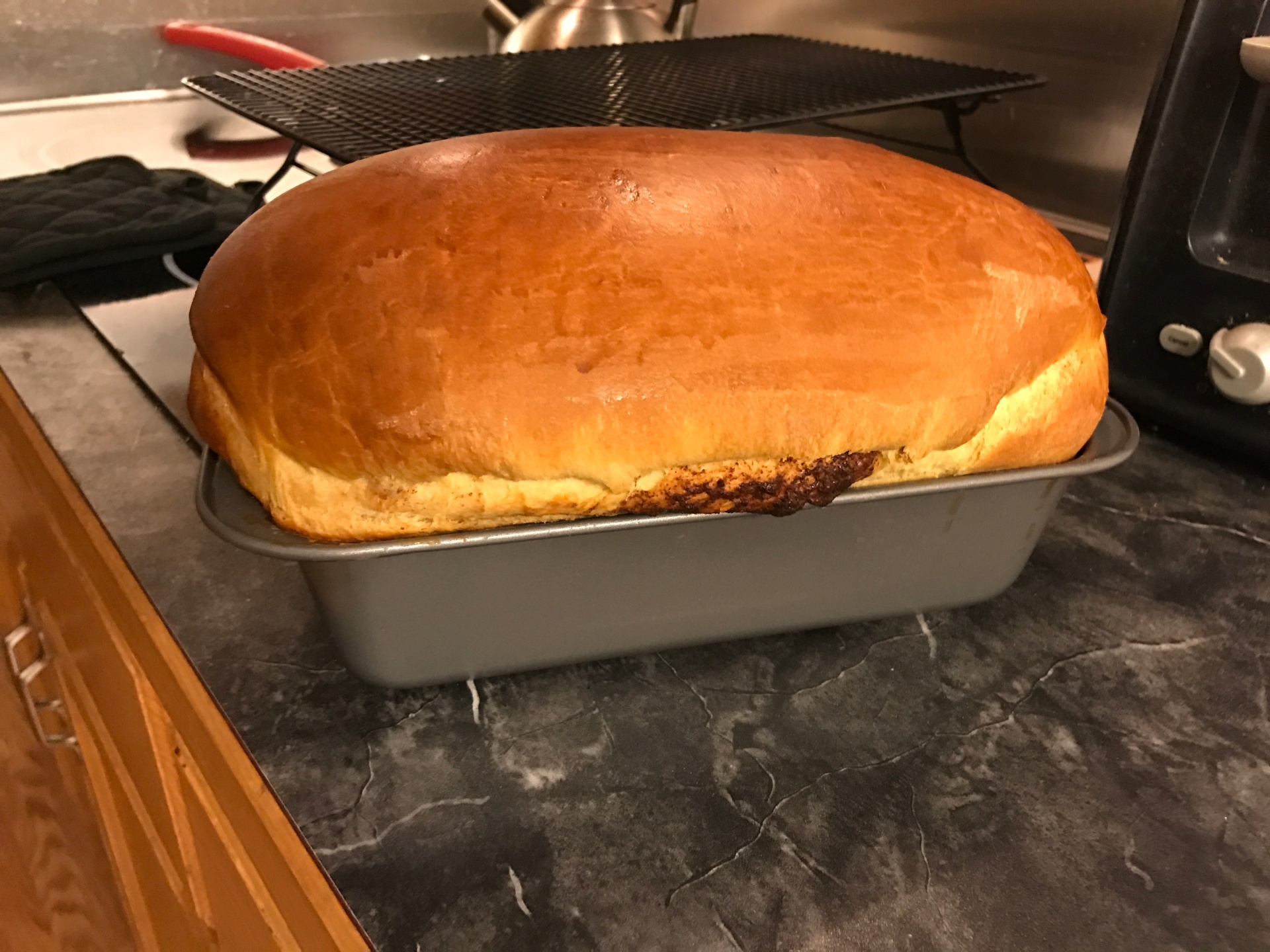 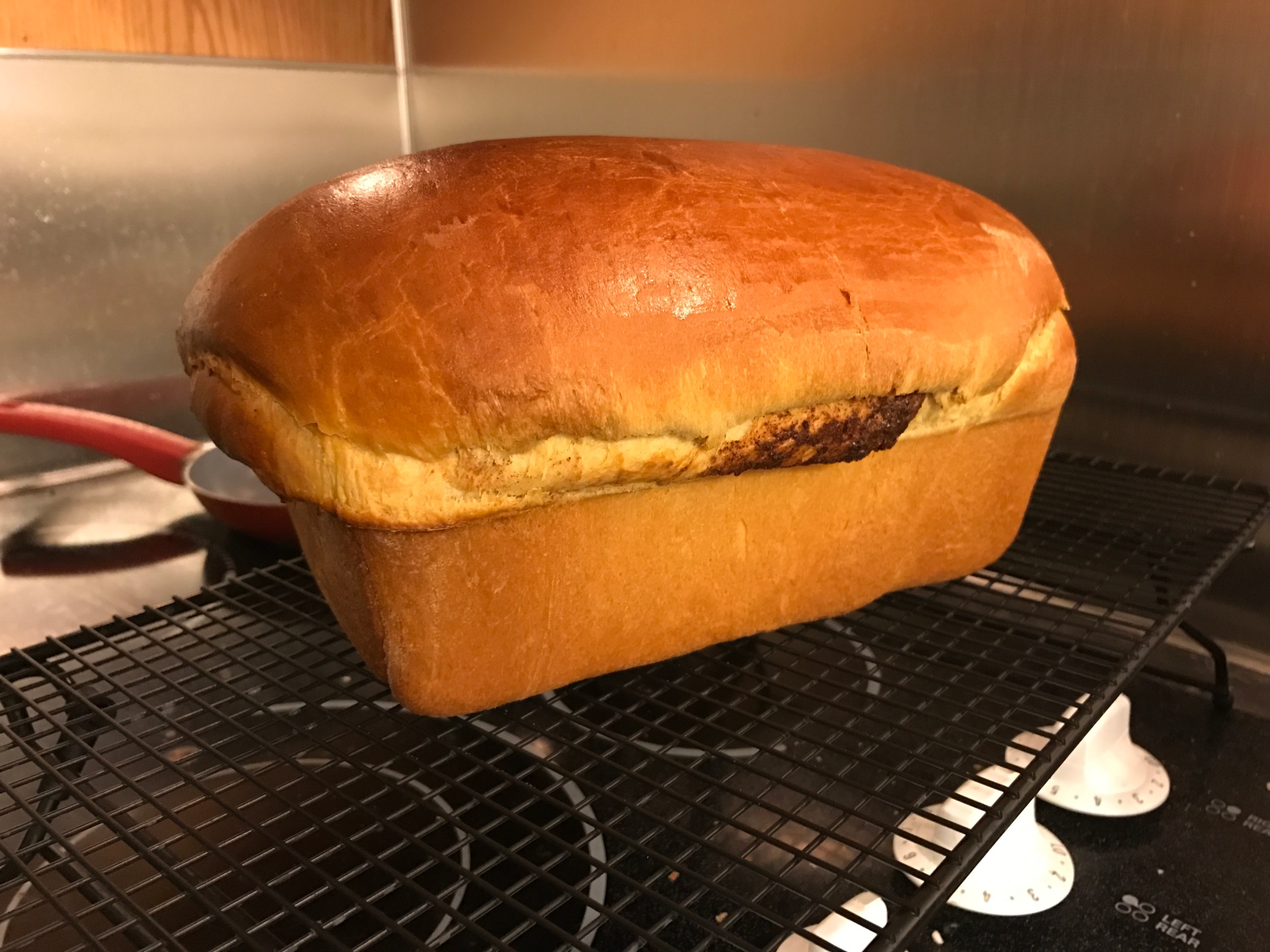 We waited a couple of hours for it to cool, and then started slicing (pic up top). I slathered my slice with butter and it was amazing. I can’t wait to try it as toast as well.

I’m super happy with how this turned out, and it was a ton of fun to make and see develop. With every recipe I’m learning more and more about how things should “feel” and that’s helping me make better and better product. I’m anxious to delve into some of the artisan breads as well and try to see what I can do with nice simple ingredients.

One thought on “A bread adventure”