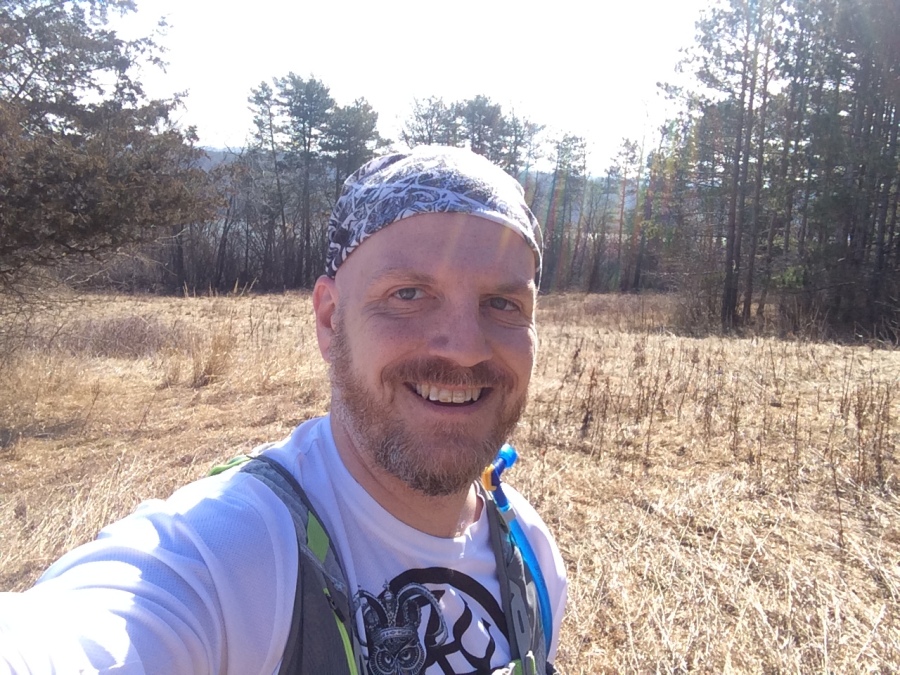 As I’ve mentioned before, a fat ass race is a group training run with “No Fees, No Awards, No Aid, No Wimps”. This week a friend of mine from my running community attempted to put together a fat ass race at Elm Creek where many of us run. However, we ran into some trail closures, and so late in the week he got all of us on a Facebook chat where we decided to move the run to Afton State Park. Saturday was that run, and this is a “not a race report”.

My training plan called for a 31 mile (50K) run this week, as the big final long run before my 50 mile race. Because many of us are doing the same Zumbro races, my friend decided to put together a course at Afton that would best help simulate what we’re going to go through at Zumbro in a few weeks. He, and another friend, mapped out two different 5.5+ mile loops, with lots of rolling terrain and long climbs. If you combined both loops it came out to around 11.3 miles.

Because I wanted to get in such a long distance, I decided to get in one of the loops before dawn. A couple of other guys joined me, and we headed out from the parking lot at 5:30am, with headlamps, and a hope that the trail wasn’t too muddy. About mid-way through the loop we started to realize how beautiful a day it was going to be. As it turned the high temp for Saturday broke records by spiking into the 70s, which was yet another reason that I was thankful I got in one of the loops before dawn.

Once we returned to the main base camp, all the food started coming out, and an impromptu aid station was set up. Trail runners, being the amazing people that they are, all brought tons of food, and before we knew it, we had an aid station to rival the best ultras around. Once everyone had gathered we all set out to start running the loops and get in whatever mileage we needed for the day.

I headed out with a group of friends and did loop #1 again, this time in complete daylight. The temps kept getting higher, so upon returning to the aid station I shed some clothing. We then proceeded to head out for more runs of loop #1 and loop #2, with people dropping in and out as needed. I got to run with a lot of familiar faces, some of them faster than me, and some just passing in the opposite direction. I managed to hang with one of my regular running buddies for a large portion of my later loops before we split up for my last loop.

Another friend loaned me his trekking poles so that I could try them out before ordering a pair for myself. I decided to dedicate my final lap to practicing with the poles and getting a good feel for how I would want to use them at Zumbro. As the day had warmed, the mud appeared, and I was glad to have the poles to help with some of the longer ascents (and some descents), especially with my legs being tired from 20+ miles of previous trails.

Because of math, my final loop needed to be extended by 3 extra miles, so at a particular point I turned onto a different set of trails. I spent my final three miles on a nice flat gravel path along the St. Croix river, before finishing it all off back at the parking lot on top of the hill. It was good that I hit this particular path because it allowed me to get in some (albeit slow) running in so that I could chase my 50K PR.

As I was clicking off miles, I was checking my time, and realized that if I really pushed myself and ran the final three miles I could hit 31.10 miles (50K) in just shy of 7 hours. I did the best I could, and my final miles all averaged between 11-13 minute miles. As I looked at my watch at the end, I made my goal by about 90 seconds, finishing the 13.1 in 6:58… and some odd seconds.

To be fair, my overall elapsed time was around 7:50, but that included a lot of extended aid station breaks. I choose to pause my watch on these breaks because they often involved needing to run back to my car and change clothing, or get more supplies. In a real race, the aid stations, and your drop bags, are all on the course, so you don’t need to chase them down. I could have cut a LOT of time out of my aid station breaks if this had been a proper race, and for that reason I decided to not count my paused watch time in my final calculations. The time was probably not an “official” PR, but it was close enough for me.

I’m amazed at how well the run went. I felt very strong at the end, and my recovery has been pretty decent. I don’t need to run tomorrow, but I am supposed to walk a bit to keep the body moving. Overall, I’m VERY happy with my performance on the course, and how well I was able to come through it all, despite a total elevation change of 3800 feet. I truly feel like this run was the absolute best training run I could have done for Zumbro.

I’ve a very happy, and tired, but mostly happy runner right now, and I can’t wait to start my slow taper to race day.