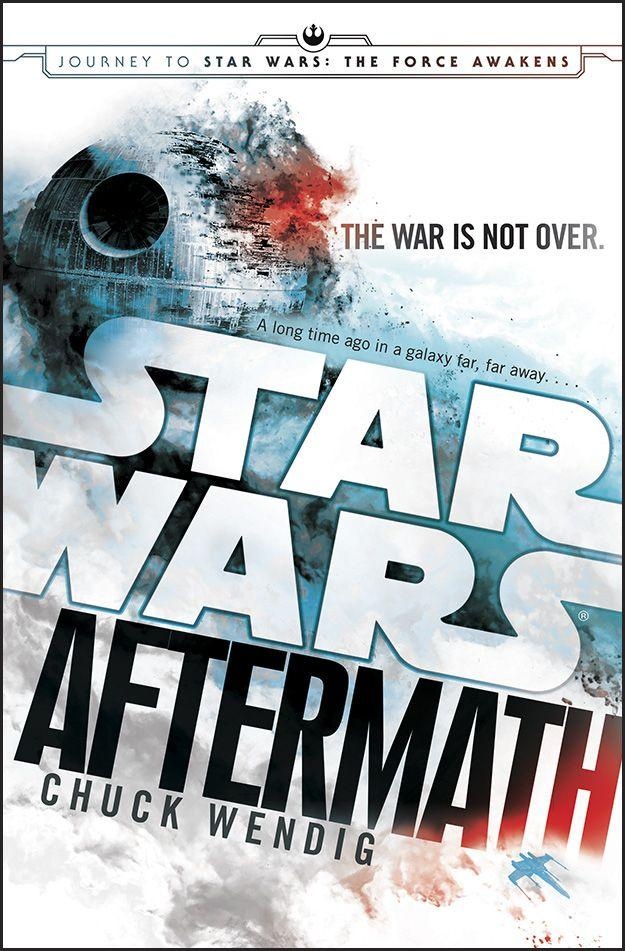 This morning I finished reading the latest novel in the hype leading up to the new Star Wars movie. The book, Star Wars Aftermath, is a look into how the recent destruction of the second Death Star, and the death of the Emperor has played out in the galaxy.

The story follows a ragtag bunch of characters who end up coming together to stop what appears to be an Imperial plot on an distant world. This plot revolves around the remnants of the Empire trying to come together to figure out if they can once again retake the galaxy from the New Republic.

Overall, I enjoyed getting to see the world shortly after Return of the Jedi. Things aren’t all roses and sunshine for the New Republic, with the Empire still trying to grasp at what worlds it can still control. Along with the Rebellion needing to learn how to function as a legitimate government, and not just a bunch of freedom fighters. In particular, I enjoyed seeing how anger, and a thirst for revenge, often motivated the “good guys” to act not-so-good all the time.

However, despite getting to peek into the world that will form the new Star Wars movie backstory, there were some things that just didn’t work for me in the book. First, the build-up to the team coming together felt long and drawn out. The author continually tried to make a point about how random it was that these characters ended up working with each other. This made the start of the book very slow and confusing, as you’re struggling to keep track of names of people that showed up in the previous chapter, while reading about yet another character’s backstory, that will somehow, eventually, tie things together.

This confusion was compounded by another aspect of the book when it broke into “Interludes”. These small chapters suddenly whisked you away to a completely different setting to read about some totally different characters. These characters would never show up again in the main story line, and their actions had no impact on the overall plot of this book. In total there were 15 different interludes. Each one a small snippet of a larger story that you never get to hear anything more about.

These interludes highlighted what I felt was another flaw in the book, yet wasn’t something unexpected. This book is meant to prep you, and get you excited, for the new movie. Often times there would be name-drops, and quick hints at people from the main Star Wars movies, but they were really just that. Names being dropped to keep you engaged with a slow moving action novel. The interludes entire purpose seemed to be to set up things for later, but until more of the new Star Wars world unveils itself, I’m sure I’ll forget about almost every single one of them.

There was one memorable interlude when we get to follow Han Solo for a few moments. It’s a fun and quick peek into what our favorite characters in the galaxy are up to, but that interlude is the only time we get to meet anyone familiar. I felt like if more of the interludes involved people we actually cared about, it would help make them less of a distraction. Or perhaps if there were less of them, and they were spaced more appropriately to beak up high action scenes, instead of breaking our concentration while trying to learn about the main story characters.

I can’t say Aftermath was a bad book. When we finally get to the main action-oriented part of the plot, I found the story engaging and fun. The epic battles that concluded the main arc kept me reading, curious as to how the heroes would escape certain death this time. Some of the characters seemed to have nine lives, which became somewhat unbelievable rather quickly, but I was willing to overlook this for some cool fight scenes and space battles.

If you’re interested to dip your toe into the Star Wars world, before the new movie comes out in a few weeks, then Aftermath might be an enjoyable read for you. Just don’t expect it to hook you in the first few pages, and maybe do yourself a favor and read the interludes when you’re done.